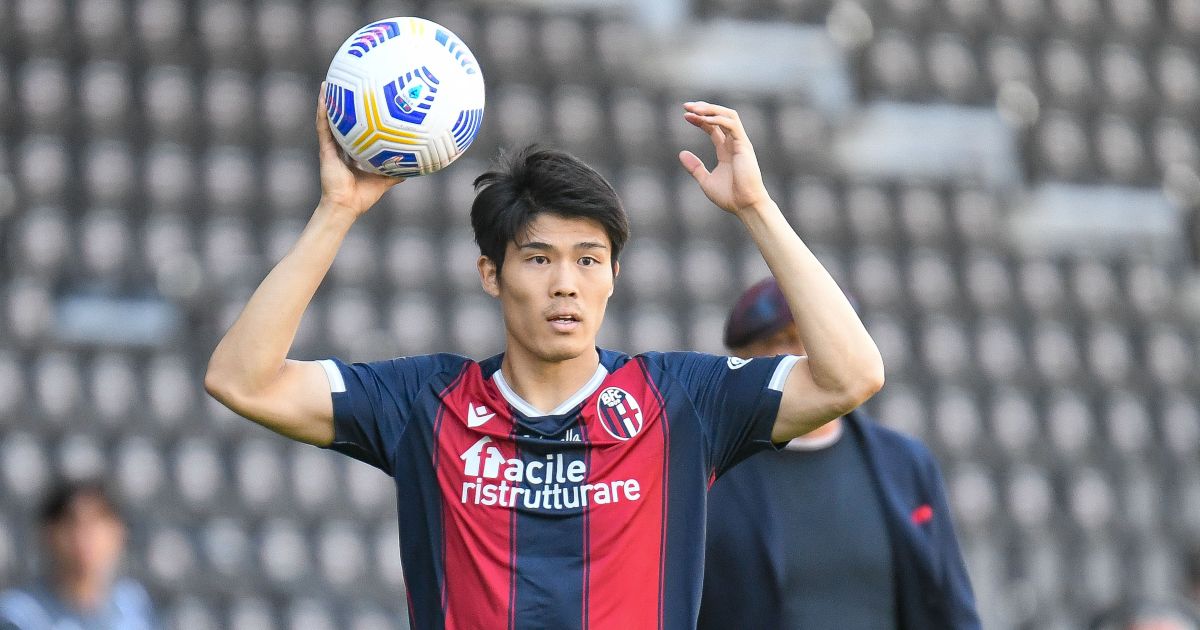 Arsenal are looking to beat Tottenham to the signing of Bologna defender Takehiro Tomiyasu, according to reports.

Tomiyasu was part of the Japan Olympic football team which made it to the bronze medal match on Friday but lost 3-1 to Mexico.

The most expensive transfers ever between Premier League clubs

Back in early July the first reports linking the 22-year-old and Tottenham emerged with the Premier League club having a £15.5m rejected by Bologna.

Not long later it was claimed that there was ‘minimal difference’ between Spurs’ offer and Bologna’s asking price and that a deal was expected to be done.

The report stated that Spurs have upped their offer to around €20m (£17m) plus bonuses, although Bologna were holding out for €25m (£21.3m) in total.

Football Insider then brought us the story in mid-July that Tomiyasu ‘is joining Tottenham’ before Calciomercato added recently that Spurs are ‘getting closer and closer’ to signing the centre-back and ‘there has been an agreement for some time’.

It is believed his future will be resolved quickly now Japan’s participation at the Olympics is over but there is a new club in the frame for his signature.

Corriere dello Sport (via the Daily Express) claim that arch-rivals Arsenal are ‘in talks’ with Tomiyasu’s agent as they look to strike a late deal.

The Gunners have already brought in Ben White in that area but it now appears that Mikel Arteta would still like to add more steel in the centre of his defence.

August 20 is mentioned as the potential date Tomiyasu’s future will be decided with his representatives ‘desperate’ to land him a Premier League move.

With Tottenham sidetracked by an imminent deal for Atalanta defender Cristian Romero, Arsenal could swoop in and steal Tomiyasu.

Meanwhile, Darren Bent thinks Manchester City could now opt to pursue a deal for Lionel Messi over Spurs striker Harry Kane this summer with Barcelona giving up on keeping the Argentina international in Spain.

“Arguably the greatest player ever is up for free,” Bent told talkSPORT. “I can see Manchester City opting more for Lionel Messi on a free than Harry Kane.

“If Man City have got the opportunity of getting someone like Messi on a free, can I see them spending an extra £150m on Kane if they’ve just spent £100m on Grealish? I can’t.

“If I’m Kane, I’m going to be sweating a little bit. If you look at the relationship he had with Guardiola, that looks like the most obvious choice [for Messi].”