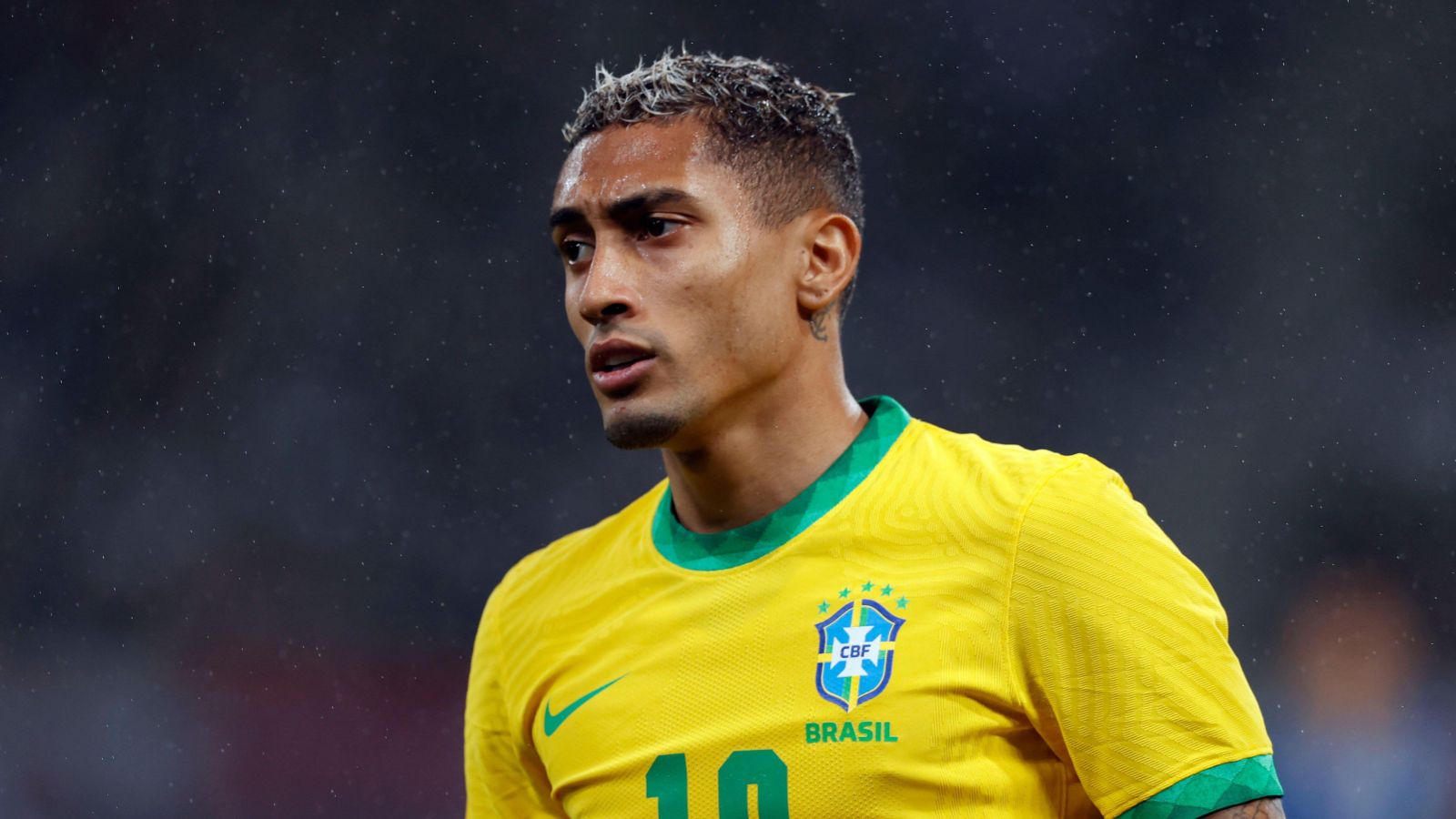 According to reports, Leeds United are willing to ‘revise’ their €50m asking price for Arsenal and FC Barcelona target Raphinha.

The winger has been a standout player for the Premier League side over the past couple of seasons.

Raphinha grabbed eleven goals and three assists in the league last term as he helped Leeds stay in the Premier League.

The Brazil international is being targeted by Arsenal but it is being reported that his ‘preference’ is to join Barcelona this summer. This is according to Spanish outlet Sport (via Sport Witness).

The report states that Leeds United have lowered their asking price for Raphinha to €50m. Given the player’s stance, it is claimed that this fee can still be ‘revised downwards’.

They add that Raphinha ‘could give up the sell-on percentage clause in his current deal’ to push through a move to Barcelona. This is among the ‘formulas being studied’ by the player and his agent (Deco).

With Fernandinho leaving in the summer, Pep Guardiola is keen to bring in a central midfielder and Phillips has become City’s top target.

Leeds will be keen to hang onto Phillips but they are reportedly making plans in case he decides to leave for the Etihad Stadium or anywhere else.

GiveMeSport claim that Sheffield United midfielder ‘Berge is emerging as a target’ with optimism that Leeds can keep Phillips ‘on the wane in recent weeks’.

They add that City ‘are expected to make an offer for Phillips and if it is close to the £50m valuation, a deal is expected to progress’ with Leeds now ready to weigh up replacement options.

Norway international Berge is ‘understood to be one of the names on their radar – and Victor Orta has a good chance of landing him if a pursuit gets the green light’ with Sheffield United valuing him at around £25m.

Berge’s boss at international level recently urged Berge to seek a transfer away from Sheffield United, Norway coach Stale Solbakken said: “I think it would be good for him to be aware that he does not belong to the Championship now that he has his physique and match fitness back.”