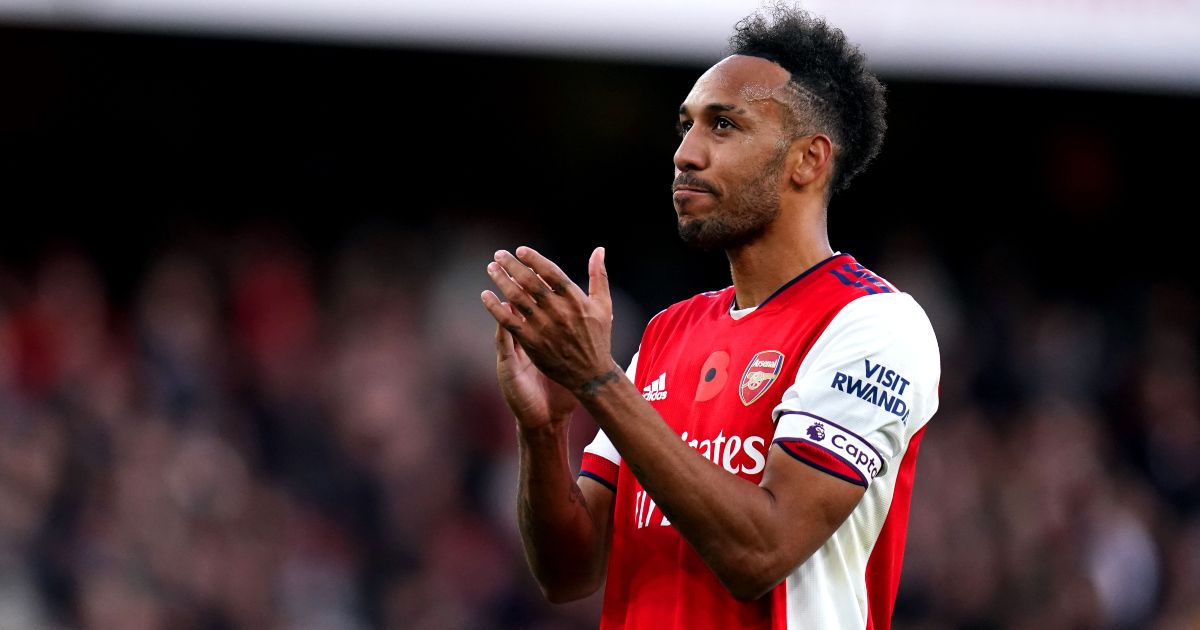 Arsenal will still pay part of Pierre-Emerick Aubameyang’s wages until the summer after he moved to Barcelona, according to reports.

The Gabon international and the Gunners agreed to a termination of his contract at the club on deadline day before Barca signed him on a free transfer.

There had been reports that Arsenal had paid a lump sum of £7m to the 32-year-old in order to facilitate a deal but now The Athletic have revealed that there was no such agreement.

Instead, the website claims that ‘Arsenal will contribute towards Aubameyang’s pay packet until the summer, via a series of instalments rather than a lump sum’.

It is understood that ‘Barcelona will pay a proportion, while the player has also agreed to sacrifice some of his potential earnings’ but The Athletic are ‘not aware of the precise split between the three parties’.

‘Come the summer, Barcelona will take over full responsibility for Aubameyang’s earnings, via a contract that runs until 2025 (with a break clause in 2023). Although Barcelona’s contribution will then increase, his overall salary will be lower than what he was due to earn at Arsenal, albeit potentially over a longer term.

‘Arsenal have saved significant money by agreeing this mutual termination with Aubameyang, but the figure is believed to be considerably below what has been widely reported. The shift from a loan to a termination only occurred shortly before the transfer deadline, when it became clear Arsenal and Barcelona could not agree on the terms of a temporary move.’

“He’s taken a massive cut to go there and he’s willing to do that,” Wright said on the latest Wrighty’s House podcast.

“With all the people saying he’s just signed a contract and just clocked off, he got offered the same money he’s on at Arsenal to go to Saudi Arabia.

“We’re talking about somebody who is a very colourful individual and plays football with a smile on his face. When it’s not right you can see it’s not right for him and it’s not about the money.

“Because he’s himself, he’s very colourful, people can easily get that mixed up. When he came to this country everybody talked about him as this party animal, but he’s not like that at all. He’s a family man. He’s a family man that likes colourful clothes and colourful cars, but scores goals.