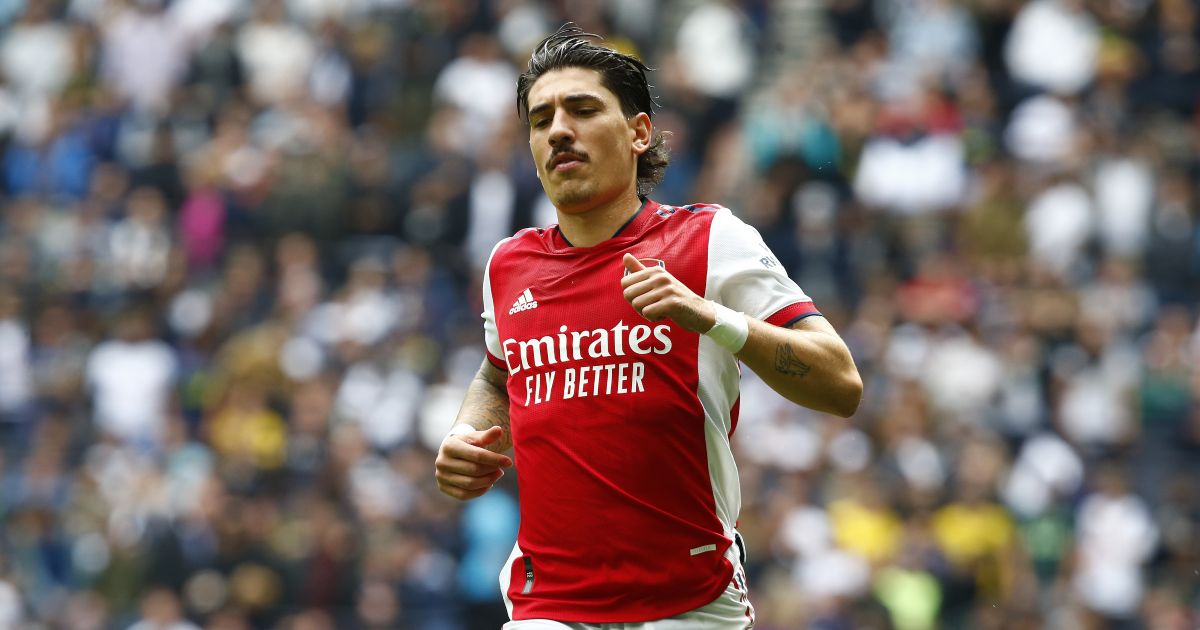 Arsenal right-back Hector Bellerin is ‘desperate’ to leave the club in the summer transfer window, according to reports.

The Spaniard’s performances were below par for much of last season, managing 25 Premier League appearances as the Gunners slumped to an eighth-placed finish.

Inter Milan and Barcelona have been heavily linked with a move for Bellerin, while former Arsenal boss Unai Emery is also understood to be interested in the defender.

Premier League winners and losers is back, baby

There were rumours that the north London club were trying to use Bellerin in a part-exchange deal to bring Lautaro Martinez to the Emirates Stadium, while a loan deal for Bellerin with an obligation to buy has also been mooted.

Italian publication Calciomercato claimed last month that Bellerin’s agent was ‘ready to force his hand with Arsenal’ as he looked to manoeuvre an exit.

However, there has been a lack of movement since those reports but The Athletic maintain that the Spain international is ‘determined to leave Arsenal this summer’.

The Barcelona youth academy product ‘believes the time has come to depart’ and has ‘made his desire clear’ to Arsenal boss Mikel Arteta and their technical director Edu.

Bellerin is so ‘desperate’ for a move in this window that he is ‘even prepared to take a pay cut if it will help a transfer materialise’.

Despite interest from a number of clubs, ‘nobody has offered what Arsenal are seeking’ as the Gunners want to ‘guarantee’ they get a fee for the right-back.

The Athletic claims that a swap deal for Barcelona’s Emerson Royal or Atletico Madrid’s Kieran Trippier are two potential solutions to the issue.

Meanwhile, reports indicated at the end of last week that Arsenal pulled out of a deal to land Sheffield United goalkeeper Aaron Ramsdale.

And former Premier League striker Kevin Phillips thinks it’s “unbelievable” that the Gunners keep having these setbacks in the transfer market.

“It’s unbelievable that these issues are happening at Arsenal,” Phillips told Football Insider.

“It’s one of the biggest clubs in the world and it’s pure frustration at this point. There have been so many knockbacks this summer with transfers.

“These shouldn’t be issues that happen at that club but it’s still happening. It’s going to be a very busy end to the transfer window if we want to get these players in.

“I wouldn’t be surprised if we didn’t sign anyone though, typical Arsenal.”