Home F365 Says Saka the hero Arsenal need, but not the one they deserve 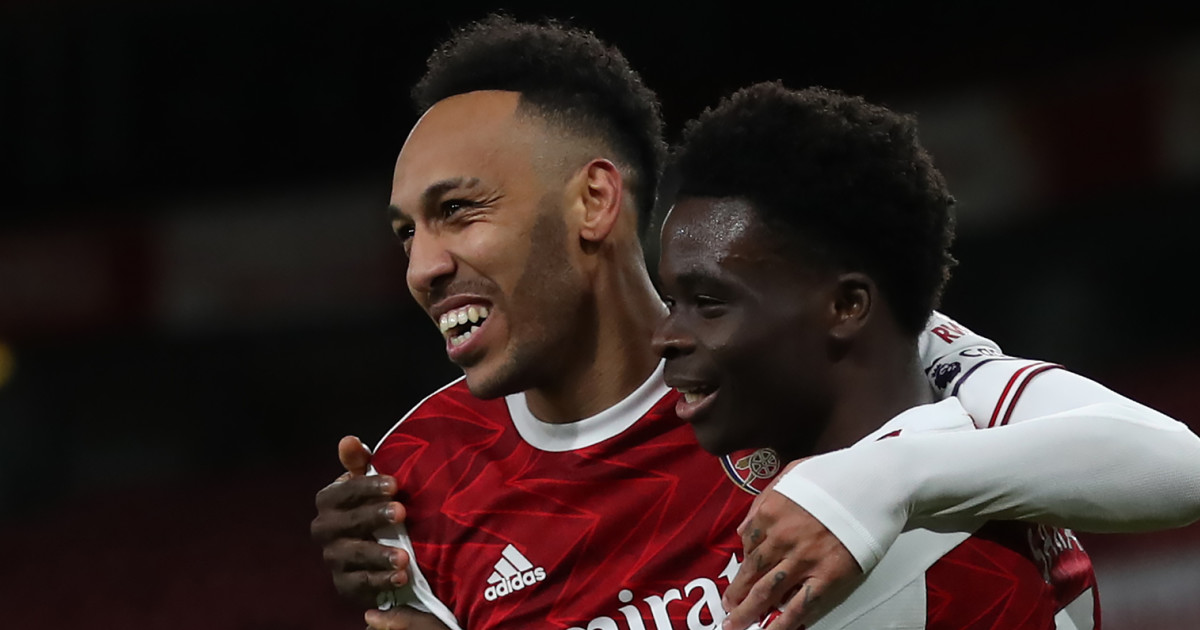 It’s not really fair for a club of Arsenal’s stature to be asking a 19-year-old to keep their season afloat, but desperate times call for desperate measures and Bukayo Saka appears to be thoroughly up to the task.

This Emirates Fly Better Derby was in danger of going horribly, horribly wrong for Arsenal when Rafa Silva put Benfica 2-1 up on the night and 3-2 up on aggregate after a disastrous defensive clanger from Dani Ceballos, who had such a bad day that there are actual England batsmen watching on and wincing in embarrassment for him.

So needlessly self-inflicted were Arsenal’s wounds after Pierre-Emerick Aubameyang had put them in front from the first of Saka’s two outrageously dreamy assists that even the absurdity of allowing away goals to decide a tie played on two neutral grounds would have made for a flimsy defence. Arsenal had control of the tie, and then ceded it.

Ceballos’ errors were the obvious standouts. A clumsy, guileless dangled leg teeing up the free-kick from which Diego Concalves spectacularly brought the tie level and then the even more preposterous attempt to head the ball back to Bernd Leno that led to the second goal that, thanks to this Greek farce being Arsenal’s ‘home’ game, left them needing two to survive.

But these were just the most obviously visible standouts of a performance of all-round sloppiness. Having got such a delightful early goal, Saka’s deadweight pass met by the beauty and precision of Aubameyang’s finish, Arsenal were in position to seize control of the tie against a game but limited Benfica side.

For 10 or 15 minutes they looked like they might. They didn’t. Gradually the familiar Arsenal apathy crept in. The passes began going astray. Benfica were encouraged and nudged their way back into the contest before getting themselves level just before the break.

Arsenal then had another very good 10 or 15 minutes after falling behind in the tie. Ceballos was withdrawn, Willian was introduced and actually made things a bit better. He set up Kieran Tierney – the one other consistent bright spot in Arsenal’s season beyond Saka – who got the ball out of his feet smartly before lashing the ball into the bottom corner.

Even then, Arsenal failed to keep the accelerator to the floor. Benfica looked just as likely to score the tie’s next goal as Arsenal. Arsenal looked as likely to give Benfica a goal as create one for themselves.

And then, just as hope was dwindling and Arsenal’s race looked run, up popped Saka again. His cross was perfection; while his first assist made a difficult job slightly easier for Aubameyang, this one made it a formality.

Aubameyang got the goals, but it’s Saka who will get the plaudits. He’s an absurdly good footballer for his age, and the clarity of his thinking under that kind of pressure was at odds with much of what his older, more experienced team-mates served up.

Arsenal remain a frustrating bundle of contradictions existing somewhere between good and bad and never quite deciding on which side of the fence to fall.

But they were five minutes away from a season-ending defeat here, and no matter how absurd the rule that would have made it so, it would not have been as absurd as Arsenal’s contribution to their own downfall.

Now, there is still a season to be saved. A trophy to be fought for. Hope.

Not for the first time and almost certainly not the last, that was largely down to a 19-year-old who is heading for the top.