Arsenal are the 'best placed' side to sign a former Liverpool playmaker with Barca only willing to sell, not loan. 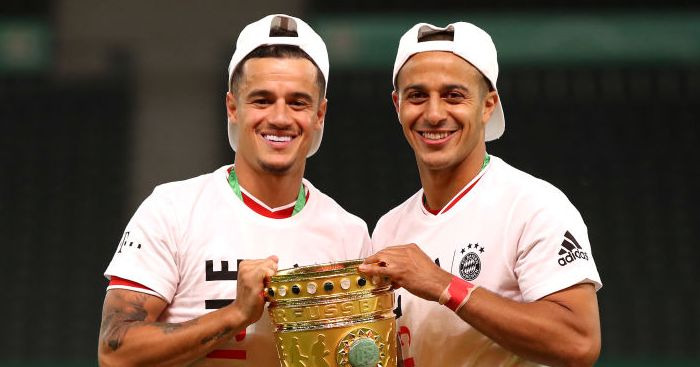 Arsenal are leading the race to sign Philippe Coutinho from La Liga side Barcelona, according to reports in Spain.

Spanish publication Sport brought us the news on Tuesday that Kia Joorabchian – who represents Coutinho – ‘has been negotiating in recent weeks’ over a possible return to the Premier League.

The report added that ‘another option on the table is that of Arsenal’ with the Gunners already having ‘a first offer’ rejected as Arsenal weren’t prepared to honour his full salary.

However, they added that the Brazilian – who is currently on loan at Bayern Munich – has now ‘asked Arsenal for an extension to make a decision’ after a change of heart with the door now open again.

And Mundo Deportivo journalist Miguel Rico (via Sport Witness) claims on Wednesday that the Gunners are ‘best placed’ to sign the Barcelona playmaker.

The latest report backs up what Sport said on Tuesday that Joorabchian has been ‘working for months’ to try and take Coutinho to Arsenal.

They describe his agent’s relationship with Arsenal head of football Raul Sanllehi as ‘great’ which has led to rumours that Matteo Guendouzi could be used as part of any deal for Coutinho.

Barcelona are not willing to let Coutinho leave on loan and will consider ‘money and only money’ for the Brazilian and negotiations are continuing with Arsenal.