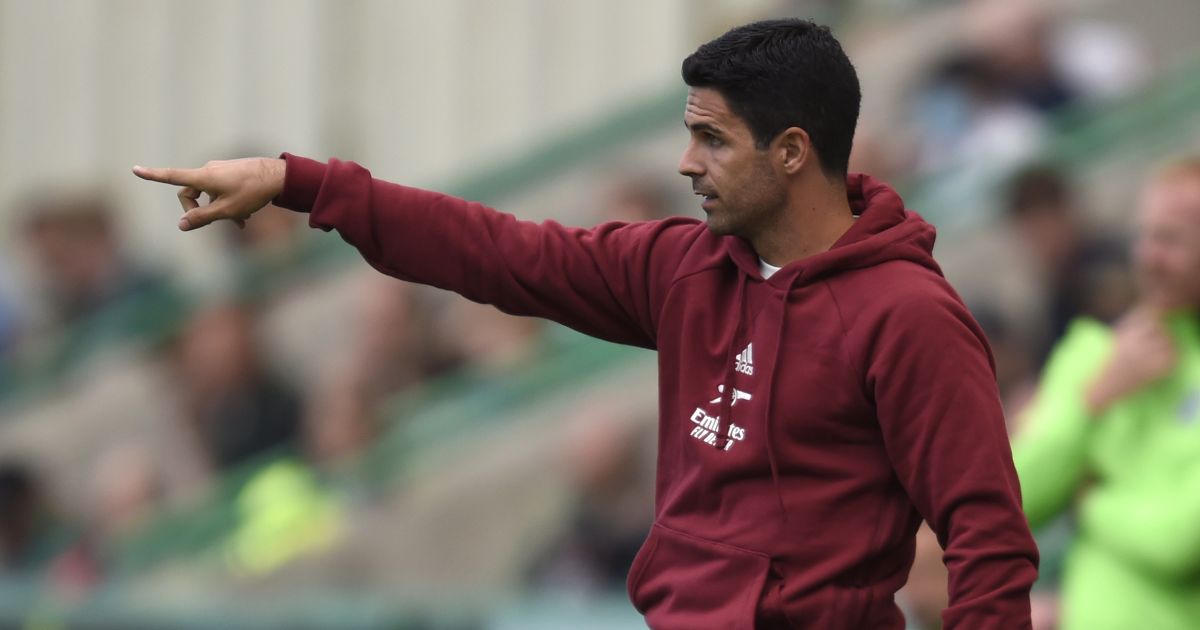 Every summer seems to be the biggest in Arsenal’s modern history – and every summer probably is their biggest since the year before – but this year it holds a great deal of truth.

The Gunners are falling further and further away from the days of a guaranteed top-four finish under Arsene Wenger that fans took for granted, yet the club’s hierarchy have been investing in the squad relentlessly since the Frenchman’s departure, which is something that wasn’t done (and perhaps wasn’t needed) whilst the legendary manager was in charge.

That doesn’t exactly add up, but if Arsenal of all teams are splashing the cash, the teams around them must be too; they are just doing it better. The investment quite clearly hasn’t been right for immediate success. Unlike at Manchester United, who struck gold with Bruno Fernandes, for example (despite no trophies under Ole Gunnar Solskjaer, they are clearly a shoo-in for the top four every season).

Nicolas Pepe, £72m. Thomas Partey, £45m. Alexandre Lacazette, £48m. Willian, £200k per week wages. All signed for immediate success which has not been forthcoming despite the odd FA Cup success. It can be argued that Pepe is an investment for the future, but if you spend that amount of money on a player, they had better hit the ground running. Pepe did not.

Mikel Arteta’s men finished eighth in the Premier League last season, and it could have been a lot worse if they hadn’t hit an excellent run of form when their season was all but over. This is an extremely alarming position to finish for a club of Arsenal’s stature. Much like Pepe, Arteta is undoubtedly a long-term project, but instant success is still a necessity. His free trial period is over, it is make-or-break time for the Spaniard; and if he doesn’t invest wisely this transfer window, it will likely be adios Arteta.

What have Arsenal done so far this summer? Invested wisely, amazingly.

Nuno Tavares has come in as a handy back-up to the injury-prone, short-sleeve-wearing Kieran Tierney. Albert Sambi Lokonga signed earlier this week and he is a 21-year-old with great potential who has already shown what he can do for Anderlecht and Belgium Under-21s. Lokonga’s likely game time remains to be seen, but either way, you can never have too much depth in the centre of midfield. 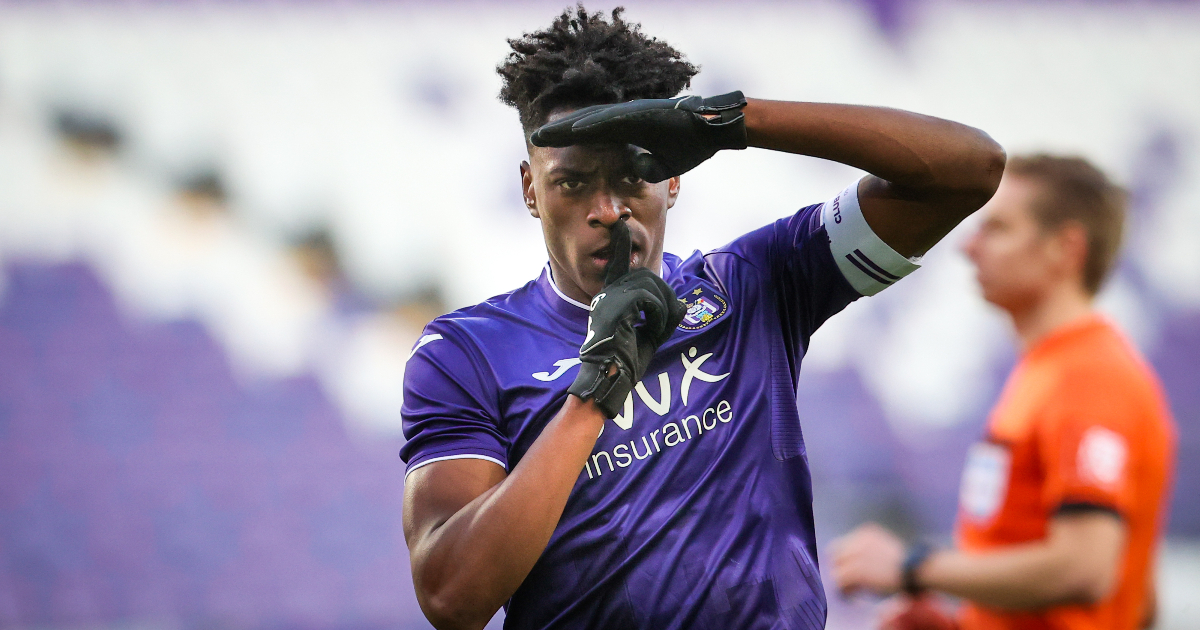 In terms of departures, Dani Ceballos and Martin Odegaard returned to Real Madrid after their loans. Not exactly disastrous for the north Londoners, especially in Ceballos’ case. Mathew Ryan’s loan also ended – the club wanted to sign him permanently but didn’t put up much of a fight for the ex-Brighton man’s signature. David Luiz’s contract expired, which is fine.

Now it gets a little more controversial when it comes to these two. Matteo Guendouzi and William Saliba were both loaned to Marseille. Guendouzi has an option to buy in his transfer, Saliba does not. The Saliba situation is confusing but there must be method to the madness. Guendouzi clearly does not get on with Arteta, and the club were never, ever going to side with the player in this situation.

What should Arsenal do for the rest of the window? Keep investing and selling/loaning wisely, obviously.

A mass squad overhaul was basically guaranteed, but that hasn’t happened yet. Granit Xhaka should be gone to AS Roma by now, but he is still an Arsenal player. How Sead Kolasinac is still at the club baffles me. Lucas Torreira could be excellent but he simply has to be sold. Also, Hector Bellerin has been likely to leave for weeks, though if he was to stay, it would not be a disaster. Alexandre Lacazette has an uncertain future amidst his contract situation. Sell him or offer him a contract. If it gets rejected at least the fans will know what is happening and can move on.

We haven’t even got started on Eddie Nketiah, Ainsley Maitland-Niles, Joe Willock and Reiss Nelson. Nketiah, Nelson and Willock won’t be good enough for where Arsenal want to be, but they also haven’t been given a fair shot, so I would happily admit that I’m wrong about that in 12 months’ time. AMN’s versatility cannot be understated, but he wants to play in midfield and that is not a feasible option. Arteta must get his thinking cap on and work out a scenario that works for all parties.

So who have Arsenal been linked with? Just about everyone and their dog.

What do they need? Another central midfielder, a starting central defender, a back-up goalkeeper and a new striker wouldn’t go amiss. A new first-choice right-back would be desirable as Bellerin hasn’t fulfilled his potential, but only if the 26-year-old is sold shall Arteta and co go into panic mode and prioritise a replacement.

When it comes to Houssem Aouar from Lyon, Arsenal should just pay the money; £25m is so cheap for someone of his quality. James Maddison, much like Odegaard, would be a welcome addition to lift some of the playmaking burden off Emile Smith Rowe. Ben White is signing, and what a signing he is. Aaron Ramsdale has been heavily linked, but spending over £25m would absolutely baffle me. On the plus side, at least he isn’t a Chelsea reject. Sam Johnstone would do nicely if he is happy to be second choice to Bernd Leno. £10-15m? Lovely. In terms of a striker, your guess is as good as mine.

Italy international Manuel Locatelli is a great player, but I don’t think he has any intention whatsoever of coming to the Emirates. Edu should move on. Someone should not need that much convincing to join.

Other names linked to the club include Barcelona’s Neto, Renato Sanches, Max Aarons, Odegaard, Sassuolo right-back Mert Muldur and Tammy Abraham (uh-oh, a Chelsea reject). A few confusing ones, but that should be expected in the transfer window.

Signing five or more players for the first team probably won’t end well – that’s a lot of integration and adaptation – but it might be completely necessary. Edu and Arteta need to fix Arsenal and if they don’t recruit and sell/loan well, they could be in trouble, and Arsenal Football Club could be in even bigger trouble.