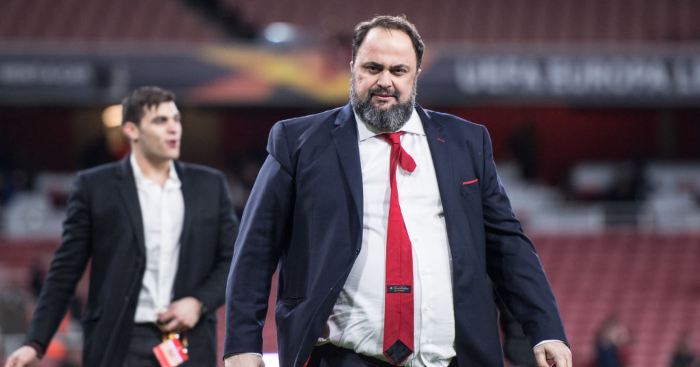 Olympiacos’ playing squad have all tested negative for coronavirus after their owner tested positive on Tuesday.

The Premier League game between Manchester City and Arsenal at Manchester’s Etihad Stadium on Wednesday night has been postponed “as a precautionary measure” due to the coronavirus outbreak.

The move came after a positive test for Covid-19 was returned by Olympiacos owner Evangelos Marinakis – whose side played at Arsenal’s Emirates Stadium on February 27.

FEATURE: Why is English football just carrying on regardless?

The Premier League said in a statement: “Following medical advice, Arsenal FC and Manchester City FC consider it is necessary to postpone their fixture due to be played this evening to give time to fully assess the situation.

“The Premier League has therefore agreed that tonight’s game will be rearranged.”

However, the news that the Olympiacos players have tested negative will come as a huge boost to Arsenal, who have placed some players and staff in self-isolation after they came into contact with Marinakis.

A statement read on Olympiacos’ website: “Olympiacos FC informs that after the required medical exams to which all the members of the football staff, as well as board members and staff, were submitted, all the tests came out negative for the COVID-19 virus.”