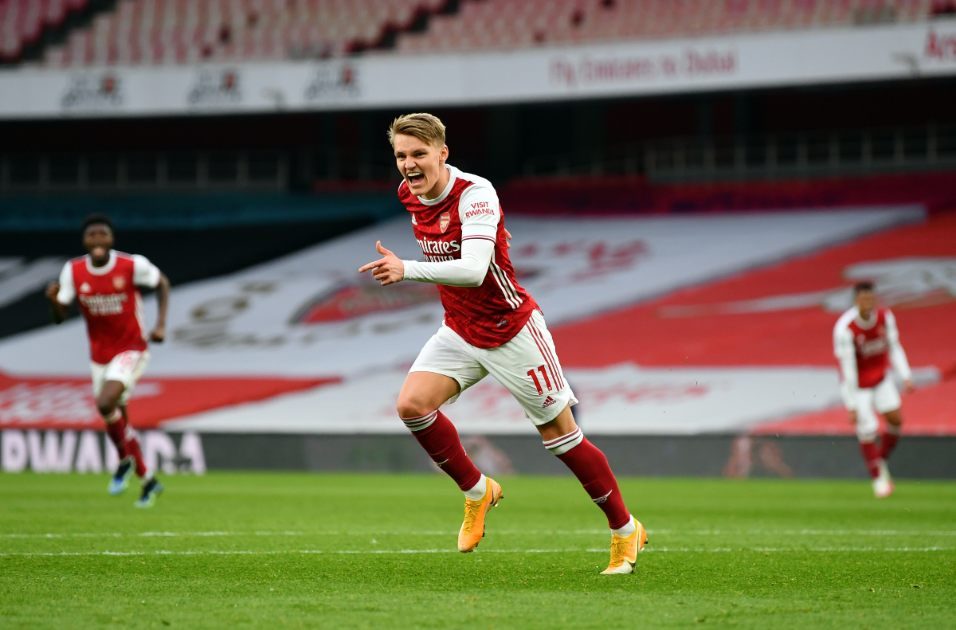 Real Madrid manager Zinedine Zidane is not keen on retaining Arsenal loanee Martin Odegaard next season, according to reports.

Odegaard, who joined Arsenal in the January transfer window, has excelled at The Emirates over the last few weeks after a brief acclimatisation period.

It is thought that Arsenal are looking to extend his stay in North London, either through a permanent deal or a loan extension, after two goals and a number of impressive performances throughout March – the highlight being his outstanding display in last week’s draw with West Ham United.

And there is now a genuine possibility that such a scenario could materialise, with Odegaard’s loan expiring at the end of the season and Real not rushing to welcome him back. Zidane is not convinced by the 22-year-old’s qualities, and, according to Football Insider, would be willing to let him walk away in the summer.

FEATURE: Why Rio is wrong about Newcastle fans, and why it matters

A recruitment source claimed “he doesn’t like or want” Odegaard and would happily sanction either another loan move or a permanent departure for the Norwegian.

There is, however, the question of whether Zidane will even be at the club next season after a difficult season in La Liga. His team lie in 3rd place, six points adrift of league leaders Atletico Madrid.

Odegaard was restricted to a mere bit-part role at The Bernabeu during the first six months of the season, making just three starts, but has since gone on to start five of the last six league matches for the Gunners.

He masterminded the comeback against West Ham last week, producing an “incredible” display in the words of Mikel Arteta.

Arteta said of the Norwegian: “When everyone was a little bit trembling, he gave us that composure on the ball and he created chance after chance.

“I love talented and creative players that all the time are willing to take that ball and make things happen, that are mobile and also hard-working. He is one of them.”