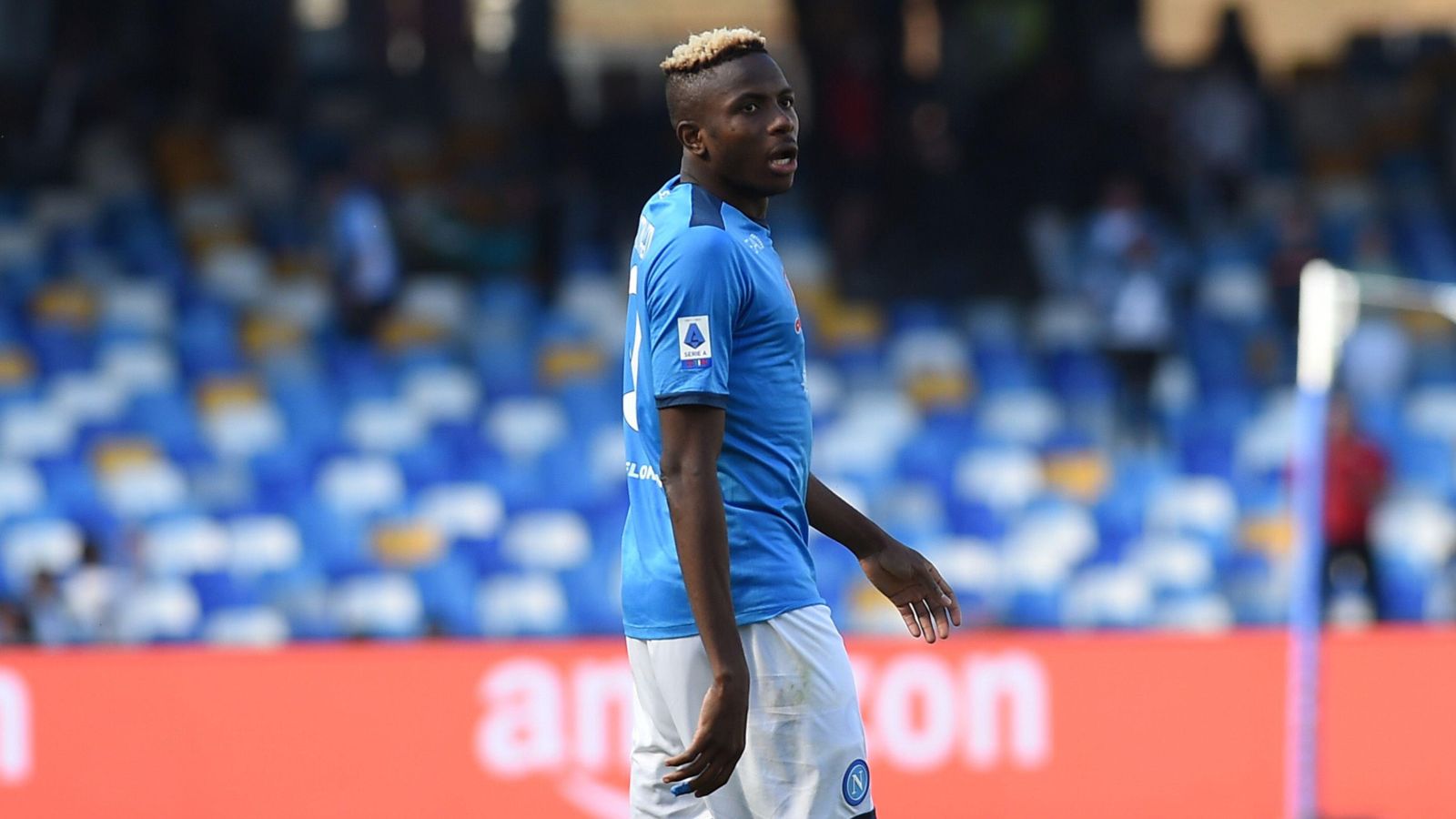 Napoli star Victor Osimhen admits “anything can happen” this summer amid speculation over his future and interest from Arsenal.

Following a successful season in Ligue 1 with Lille, Osimhen joined Napoli in 2020, who paid a club-record fee to bring him in for £60m plus add-ons.

The forward has netted 28 goals in 62 appearances for the Serie A side over the past two seasons.

Osimhen missed 13 games through injury last term but he still found the net 18 times in 32 appearances across all competitions.

The 23-year-old has been heavily linked with a move to the Premier League in recent months, with Arsenal consistently linked.

Reports from Italy claim that Arsenal ‘have tried to have an appointment’ with Napoli as they have come with a ‘starting base’ of £51m.

Napoli have been ‘clear to everyone’ that teams should not ‘waste time’ and they ‘won’t even sit down to talk’ until a bid of £85m comes in.

Should the Serie A side hold out for that fee Arsenal may well be ruled out, but Osimhen’s recent comments suggest he is open to leaving Napoli this summer.

“I always go out on the pitch to do my best both with the national team and with my club,” said Osimhen.

“I don’t know my future, I know anything can happen, but now I just want to go on holiday with my family, clear my head and recharge my batteries.

“Then we’ll take care of everything else.”

Arsenal are also interested in Gabriel Jesus, though Stan Collymore has urged the Manchester City striker to snub a move to Mikel Arteta’s side in favour of a switch to Chelsea.

“There are rumours of Chelsea sniffing around and I don’t think Arsenal will be the only club in the race for him this summer,” Collymore said.