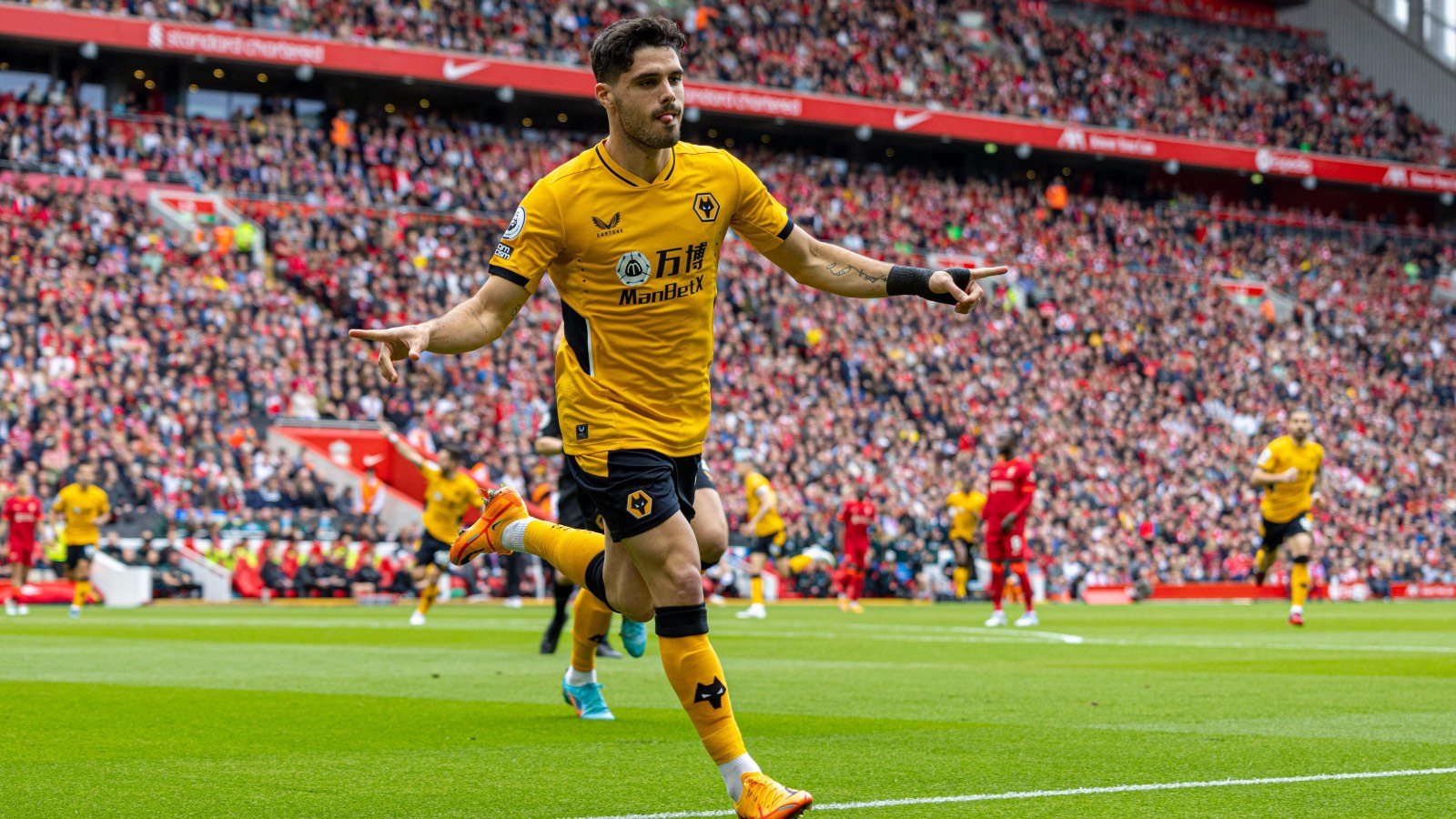 Arsenal have been handed a boost by Wolves in their chase of Pedro Neto and are the ‘main candidate’ vying for another of their top transfer targets this summer.

It was reported earlier this week that Neto has attracted interest from a number of Premier League clubs this summer, including Arsenal.

Gunners boss Mikel Arteta is thought to be a big fan of the forward, who signed a new contract with Wolves in March, so won’t come cheap.

After Neto signed his new five-year deal, Wolves manager Bruno Lage said: “Pedro is one of our best players.

“I’m happy twice because it was his birthday, he has recovered, he had some minutes, and he’s renewed his contract.

“He deserves it, he started his job here with Nuno and I hope I can bring him to the same level or to continue to improve.

“He’s a good kid, a massive player, and I hope he can stay with us and play at his level as soon as possible.”

Despite having so recently committed his future, The Sun claim ‘multiple reports’ suggest the winger ‘could be available at the right price’, with Arsenal among the clubs made aware that he could be available this summer.

It’s not clear what that price would be, but given the amount of time he has left on his contract the fee would likely be considerable.

Transfer expert Fabrizio Romano confirmed that although there have been “no advanced negotiations” for Neto, Wolves will be “evaluating his future in the coming days”.

Romano said: “There’s been a lot written about Pedro Neto’s future at Wolves, including links with big names like Arsenal and Chelsea.

“My understanding, however, is that so far the situation around Pedro Neto is still quiet. There are no advanced negotiations.

“Wolves are focused on completing the Matheus Nunes deal and then evaluating Pedro’s future in the coming days.

“It’s not an advanced deal yet, but could be an interesting one in the final days.”

Arsenal have also reportedly returned to pole position when it comes to Lucas Paqueta.

The Brazilian midfielder was heavily linked with a move to the Emirates early in the window, with Newcastle also said to be interested.

Both clubs were initially put off by Lyon’s £50m valuation, but a more recent report claimed the Ligue 1 side ‘are now ready to business at around £33m with add-ons’.

The Sun claim Paqueta has once again ’emerged as one of Arteta’s top transfer targets this summer’, with UOL Esporte stating that Arsenal are ‘the main candidate’ to sign him.