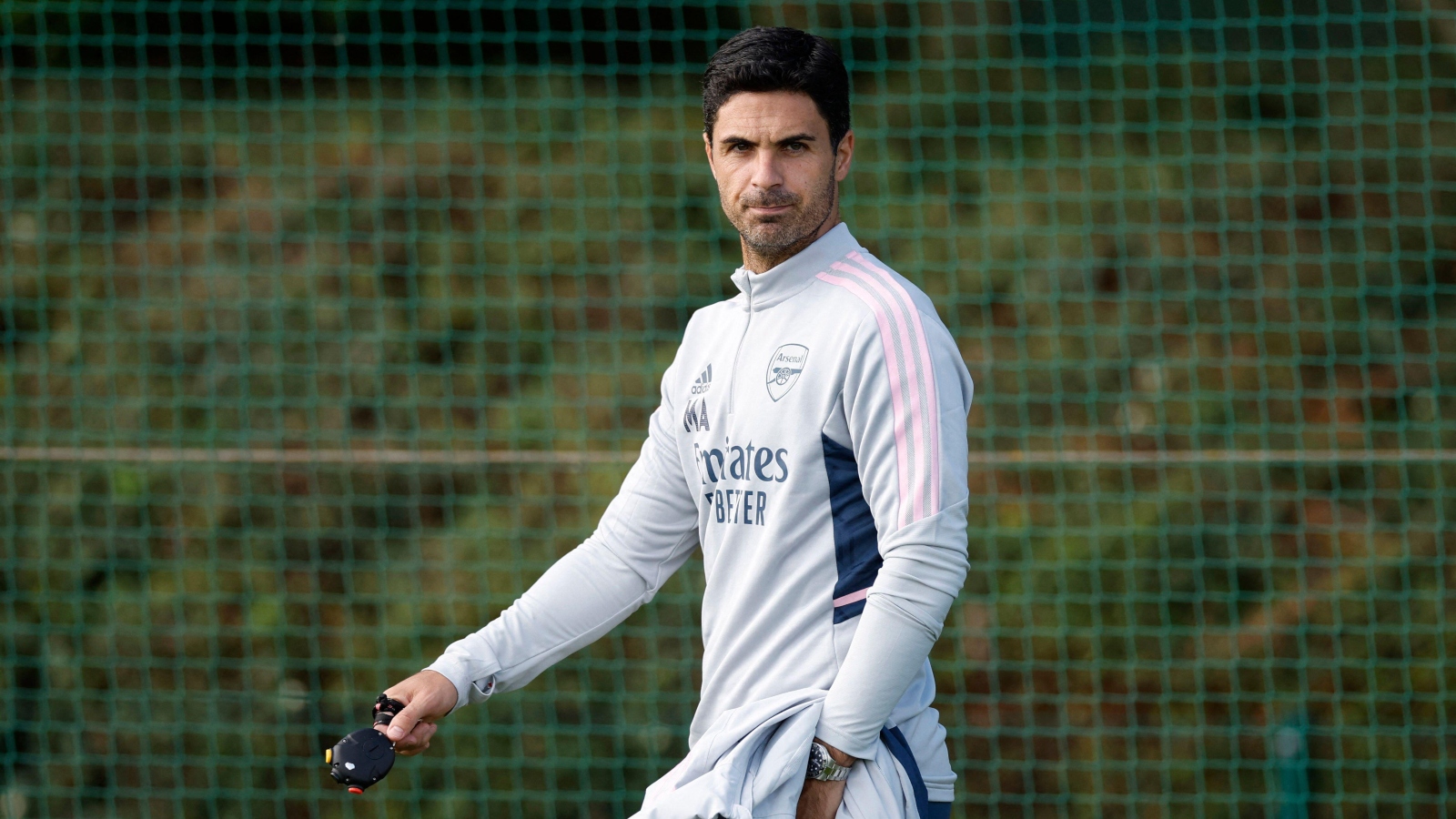 Arsenal boss Mikel Arteta says he will “think carefully” to help keep his players fit during the “hectic” schedule before the World Cup.

The Gunners host arch-rivals Tottenham on Saturday afternoon in their first match in two weeks.

It is the first game of 13 crammed in before the World Cup kicks off in Qatar on November 20.

October is going to take its toll on players, and Arteta says footballers around the world must be protected.

“We have to protect it, have the player in the right mindset and ready to play for their clubs and countries,” Arteta said when asked about player welfare.

“The best way to do it is with good, honest communication that is transparent.

“You have to go game by game. Performances and how players are physically and mentally will dictate how much we use them, but the schedule is hectic and we need to think carefully.”

It does not get any bigger than the north London derby for Tottenham or Arsenal and this particular game is very hard to call.

Arteta has captained and managed the Gunners in the fixture, while Antonio Conte won his only north London derby as Spurs boss back in May.

The Spanish manager insists the fateful 3-0 loss at the Tottenham Hotspur Stadium that cost his side Champions League football is history.

“It’s a different concept, we go to that game as well with many different circumstances in terms of players that we had available,” he said.

“You take the lesson, you learn from it and you move on; that’s it.

“Many things (make the derby special), you have to feel attached and like you belong to the club. When you have that feeling and understand the history of the derby and what has happened over the years, it makes it special.

“This is a special city and a special country with very passionate fans and it is a great atmosphere.”

Arteta provided some team news but kept his cards close to his chest when asked about Thomas Partey, Oleksandr Zinchenko and Kieran Tierney.

“They are part of the team,” he said when asked about the aforementioned trio.

“We just finished the last training session, we had many players arriving yesterday we had a short period to prepare the match but the boys look in good condition.”

It was confirmed by the club on Thursday that midfielder Emile Smith Rowe had surgery due to a niggling groin issue he has struggled with for months.

Arteta is unable to give a timeline on his return and is hopeful the player will come back stronger.

“Hopefully yes, we could not continue with the uncertainty over whether we’d have him or not have him,” he said.

“We needed to draw a line and the player was demanding and we supported him. We hope he will be back stronger.

“It is difficult to put a timeline on his return. We need to go step by step.”

A report on Friday claimed that William Saliba is in no “rush” to renew his Gunners contract.

Arteta is not worried, however, with the French defender’s current deal running out in 2024.

“This is football and Willy has shown what he’s capable of in the past few months. I have no doubts on him.”

Summer signing Gabriel Jesus has made an immediate impact following his move from Manchester City.

Arteta has discussed the club’s pursuit of the Brazilian striker, saying it was a “team effort” to get the deal done.

“(Technical director) Edu had a talk with him to express what the project is, what our club is about, the role that he would have in our club.

“I spoke to him, so it was a team effort. He clearly understood what he wanted to do. The relationships we have with them helped a lot because there is that trust and that connection already. Then it is completely up to the player to decide.”

On if he was confident a deal would get done, Arteta added: “We were really hopeful and his immediate reaction was extremely positive. After that there are a lot of steps that have to go in the right direction to finalise and get a player to sign for the club.

“To be fair, Gabi made it pretty easy for us.”

Jesus is already one yellow card away from being suspended, only seven games into the Premier League season.

Should he get a booking against Spurs he will miss next week’s match against Liverpool, which would be less than ideal.

On Jesus’ mean streak, Arteta said: “It’s in his nature. He gets a lot of contact, he puts his foot and body across the line in every situation and we have been a bit unlucky with a lot of the bookings he had. We want to avoid that.”