Arteta has shown his support for the Gunners midfielder. 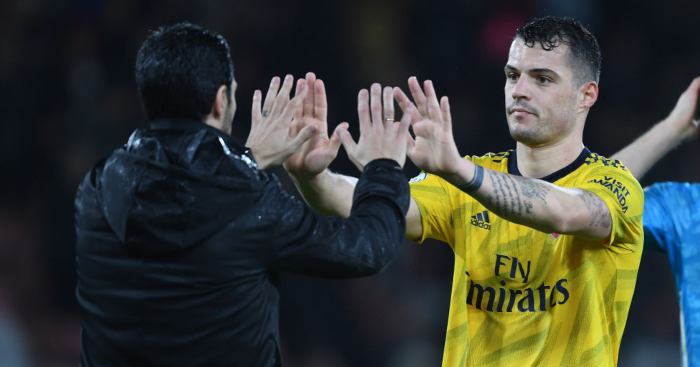 Arsenal boss Mikel Arteta has revealed how he changed Granit Xhaka’s mind, as the Gunners midfielder now appears to be staying at the Emirates.

Xhaka had been heavily linked with a move to Hertha Berlin, after a breakdown in relations between the Switzerland international and the club’s fans.

But Xhaka has been back in the starting XI under Arteta, and put in a fantastic performance in the Gunners’ victory over Manchester United on New Year’s Day.

And Arteta has revealed how he thinks he has persuaded the midfielder to remain in north London.

He said: “I had a conversation with him and I wanted to understand his feelings first, the reason why he was thinking here probably wasn’t the right place to continue his career.

“I gave him my opinion, my perspective, and I told him that I was ready to support him from the club perspective.

“I wanted his team-mates to get his back and help him to change his mind because we need him. I believe that if we were able to do that the fans would respond in a positive way.

“I’ve seen him act every day, how he trains, how he lives his profession and the quality of the player. He could be a really important player for the club.

“From my perspective I don’t want him to leave. I said to the club no and I said to him no. After in life I cannot control what happens.”