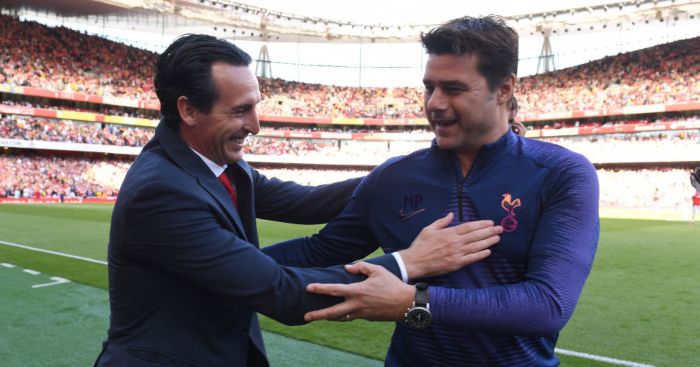 Pochettino was fired by Spurs after a poor start to the season has seen them take just 14 points from their opening 12 games, with Jose Mourinho taking his position.

And Unai Emery – who himself has been under pressure at Arsenal – is surprised by the events at his rival north London club in the last few days.

“It’s a surprise how the relationship with Pochettino ended but I don’t know exactly why,” Emery said.

“He’s (Mourinho) a very good coach, His career is very strong with titles and experience. I also think Pochettino’s work at Tottenham was amazing.”

“Maybe the last matches they didn’t achieve a good result but the last year with Pochettino was perfect.

“They decided to change and I don’t know the reason but we have our way and they have their way.

“At the moment we have some distance between them and we want to keep that.”