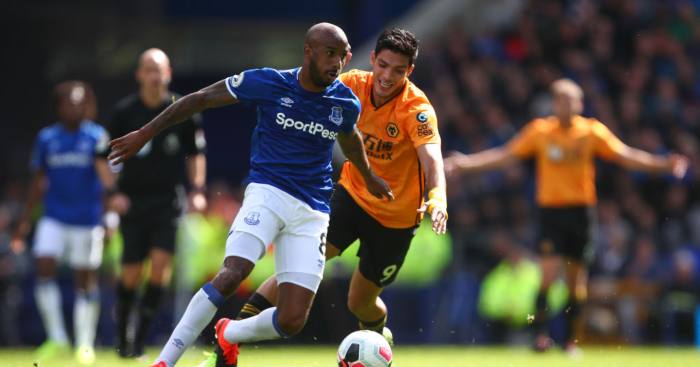 The Toffees bagged Delph, who can play in a number of positions, for a bargain £8million in the summer transfer window.

Granit Xhaka, Matteo Guendouzi and Lucas Torreira played in the Gunners’ 2-2 draw in the north London derby against Tottenham on Sunday and Merson thinks Delph is better than all three of them.

“I look at him and wonder why Arsenal didn’t sign him,” Merson told Sky Sports.

“He is better than the midfield three that played against Tottenham.

“He could have played at left-back instead of [Sead] Kolasinac on Sunday.

“I am a big fan of Delph. He can play in certain positions and is an excellent signing for Everton.”

On Delph’s display against Wolves, Everton boss Marco Silva said: “He showed a very good performance and Fabian is not in his best physical condition yet.

“He will improve more. I was concerned a little bit if he could play the 90 minutes this afternoon because he played 70-75 on Wednesday [against Lincoln].

“He was really good on the pitch. If not, I would take him out before the end. His quality, no doubts about that. He showed that and it’s really important.”