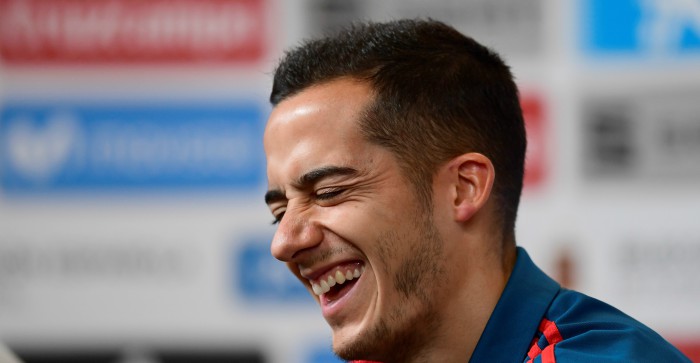 Real Madrid winger Lucas Vazquez is a target for Liverpool, Arsenal and Chelsea, according to Marca.

The Spanish newspaper claims that Vazquez – who started Spain’s 1-0 win over Iran at the World Cup – has no shortage of suitors because of his direct style.

They claim new Arsenal manager Unai Emery is ‘in love with Lucas’ direct game’, while Liverpool have shown interest in both Vazquez and his teammate Marco Asensio, both of whom started the Champions League final on the bench.

Chelsea are also mentioned as a possible suitor, but they point out that Vazquez is very happy at Real Madrid.

He had a curious season at Madrid, starting only 16 La Liga games despite being heavily involved in Zinedine Zidane’s plans.