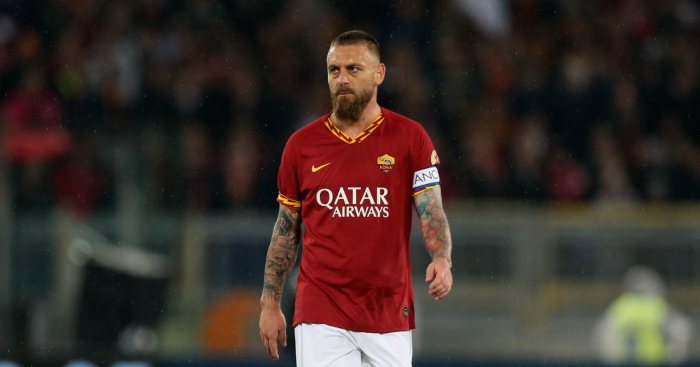 The Italian will call time on his career at Roma, who announced they won’t be renewing his contract, after spending 19 years at the Serie A club.

In that time he scored 63 goals and made more than 600 appearances for the Giallorossi – but he only managed to win three trophies in that time.

And with De Rossi becoming a free agent in a matter of weeks, Wright thinks he would make the perfect signing to pass knowledge on to the younger players at Arsenal.

“Arsenal need to bring in De Rossi from Roma,” Wright posted on Twitter.

“We’ll get 15 games out of him, it won’t cost hardly any money, and the experience he could pass on to the likes of [Joe] Willock and the other youngsters could be invaluable and money well spent.”