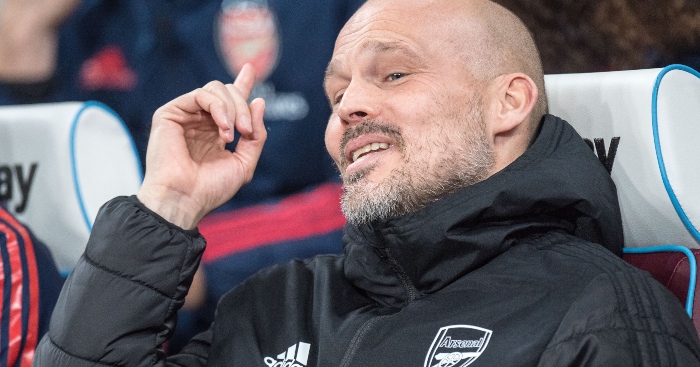 The Gunners were two goals behind before Saka provided the cross for Alexandre Lacazette to halve the arrears and then fire home the equaliser three minutes later as the Group F encounter finished 2-2.

The result, coupled with Eintracht Frankfurt’s surprise home defeat to Vitoria, was enough for Arsenal to progress as group winners and avoid the likes of Inter Milan and Ajax in Monday’s round of 32 draw.

Ljungberg admitted he had taken a “little gamble” by making nine changes for the game but was left praising 18-year-old Saka – who he felt had not been happy with the interim head coach before kick-off in Belgium.

“He was amazing,” Ljungberg said after the game.

“I think he was a bit upset with me before the game that he had to play wing-back and then full-back – because he doesn’t like it so much!

“But no, he’s a tremendous talent and you could see it here again. His final ball and the last bit is always effective and there’s always an end product to his work.”