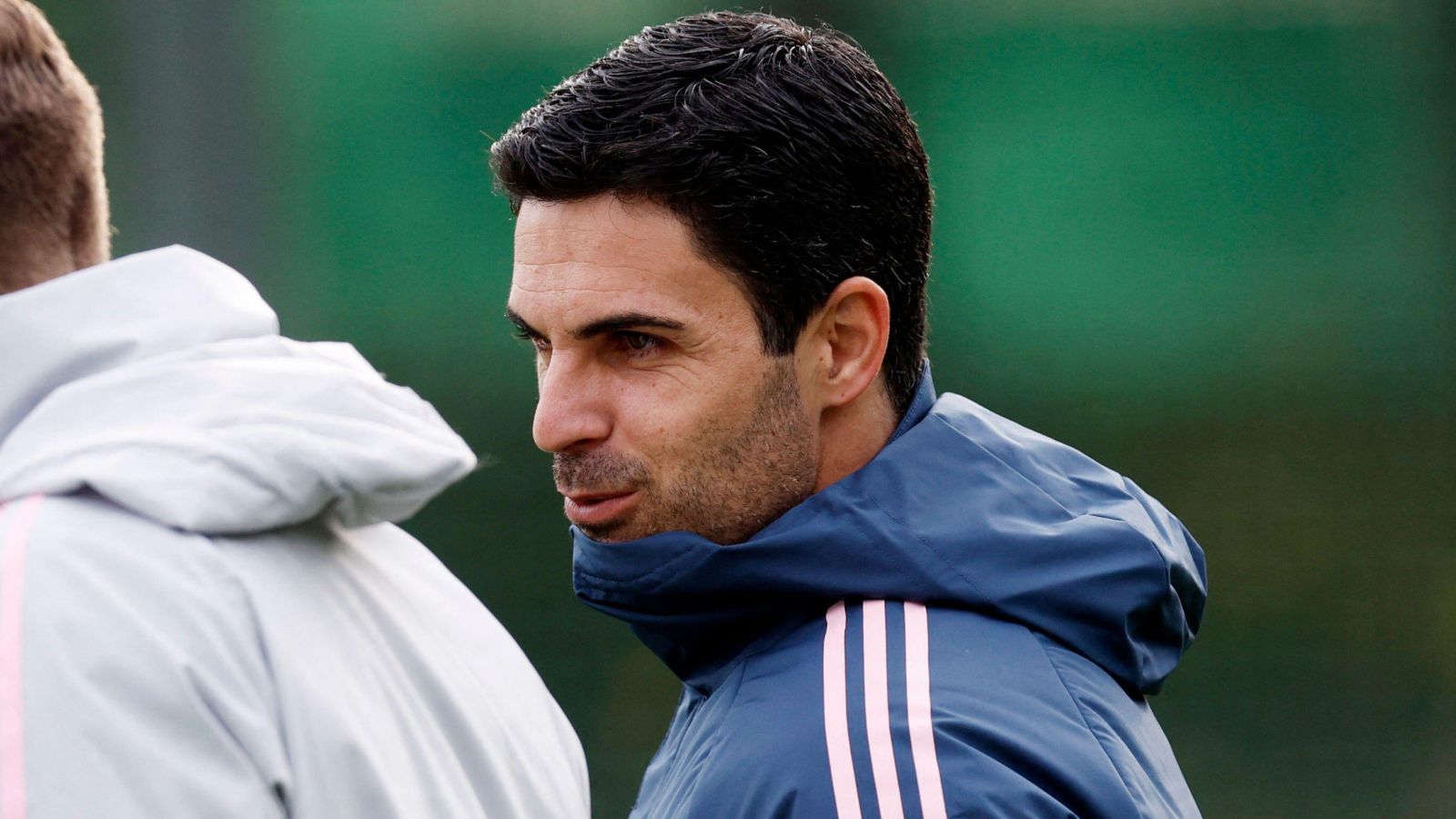 Two clubs are reportedly keeping an eye on Arsenal head coach Mikel Arteta, who is ‘in no rush’ to extend his contract at the Premier League club.

The Spaniard has been Arsenal’s manager since the end of 2019. He replaced current Aston Villa boss Unai Emery.

Arteta helped Arsenal win the FA Cup during the 2019/20 campaign but he was criticised as he led the club to consecutive eighth-place finishes in the Premier League.

But the Gunners were a surprise package last term as they mounted a serious challenge for the top four.

Their inexperience proved costly in the end though as defeats against Newcastle and Tottenham left them fifth in the table.

Under Arteta, Arsenal showed real signs of progress last season and they have kicked on again this term.

The 40-year-old has done a phenomenal job this season as his team currently sit top of the Premier League table. They are five points clear of Man City after winning 12 of their opening 14 games.

Arsenal will no doubt be keen to tie Arteta down to a long-term contract, even though his current deal – which he signed a couple of months ago – is due to expire in 2025.

Spanish outlet Sport are reporting that Arsenal’s owners are ‘pressing’ Arteta to pen a new deal.

Edu is a ‘great supporter’ of Arteta, but ‘he does not want to rush and he is very calmly looking at the future’.

The report claims that this is because Arteta knows he is ‘an alternative to the Manchester City bench where he started with Pep Guardiola’.

His recent achievements have made him the ‘most coveted piece’ and he is ‘in the sights’ of Barcelona, who are currently managed by club legend Xavi.

Now, the timing of this report is pretty puzzling. Barcelona are faring well in La Liga as they are top of the table ahead of Real Madrid.

Man City meanwhile have recently secured Guardiola’s services for two more years. His new deal does not expire until 2025.

You feel that Arteta is likely to manage Barcelona and Man City in the future if his recent work is anything to go by. But Sport may be jumping the gun a tad here.

Speaking on his new deal at Man City, Guardiola insisted that he “cannot be in a better place”.

“I am so pleased to be staying at Manchester City for another two years,” Guardiola said.

“I can’t say thank you enough to everyone at the club for trusting me. I am happy and comfortable, and I have everything I need to do my job as best as possible.

“I know the next chapter of this club will be amazing for the next decade. It happened over the last 10 years, and it will happen in the next 10 years because this club is so stable.

“From day one I felt something special being here. I cannot be in a better place.

“I still have the feeling there is more we can achieve together and that is why I want to stay and continue fighting for trophies.”