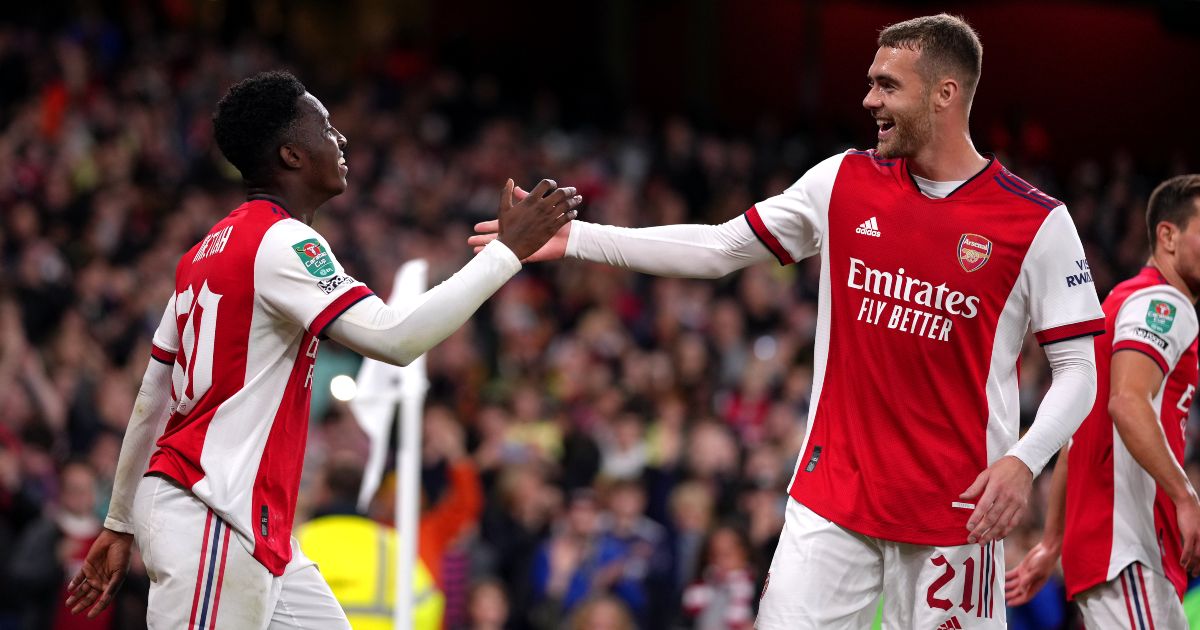 Arsenal defender Calum Chambers has been offered to Roma in a potential shock January deal, according to reports in Italy.

Since swapping Southampton for the Gunners in 2014 it has never quite happened for Chambers at the Emirates Stadium with injuries and a lack of form hindering his progress.

After going on loan to Fulham for the 2018-19 campaign, Chambers has only made 38 appearances over the last three seasons for Arsenal.

The 26-year-old has made two Premier League starts this term but he is unlikely to feature further unless Mikel Arteta’s side suffer from injuries.

Chambers suffered a serious knee injury soon after Arteta’s appointment in December 2019, but he’s now up to full fitness and could look for a move away from the club in January.

Italian publication Corriere Dello Sport (via Sport Witness) claims that with Jose Mourinho viewing the January transfer window as ‘crucial’ it’s set to be a ‘particularly busy’ time for Roma in the transfer market.

And as they look to strengthen their defence, Chambers has arisen as a ‘new opportunity’ for Mourinho with ‘intermediaries’ offering him out to Roma.

His ability to play at right-back and centre-back is appealing to Mourinho and, with his contract running out at the end of the season, Chambers can join Roma in ‘particularly advantageous conditions’.

Meanwhile, former Arsenal manager Arsene Wenger this week urged fans to keep showing their support to the club as they continue to rebuild under Arteta.

Speaking at the world premiere of ‘Arsene Wenger: Invincible’ in London on Monday evening, the 72-year-old told PA: “My advice is just to the fans to continue to support the club, to Arteta, to continue to try and gain the momentum to keep this going.

“They have invested a lot of money and hopefully some potential in the team and (I hope they) continue to keep that momentum in the team.”

Wenger won three Premier League titles and seven FA Cups, including doubles in 1998 and 2002, and was in charge of a record 823 matches during his reign.

However, after the move from Highbury to the Emirates in 2006, Arsenal lacked funds and struggled to remain title contenders, despite staying in the top four every year until Wenger’s penultimate term.

“It changed completely the landscape (the move from Highbury) because we had limited resources to maintain the club at the top level,” the Frenchman added

“For me personally, it’s my biggest achievement at the club, to remain – people speak only when you won – but we were three times second, five times third, six times fourth and that consistency is the most difficult with the limited resources that we had at that time and I’m very proud of that.”