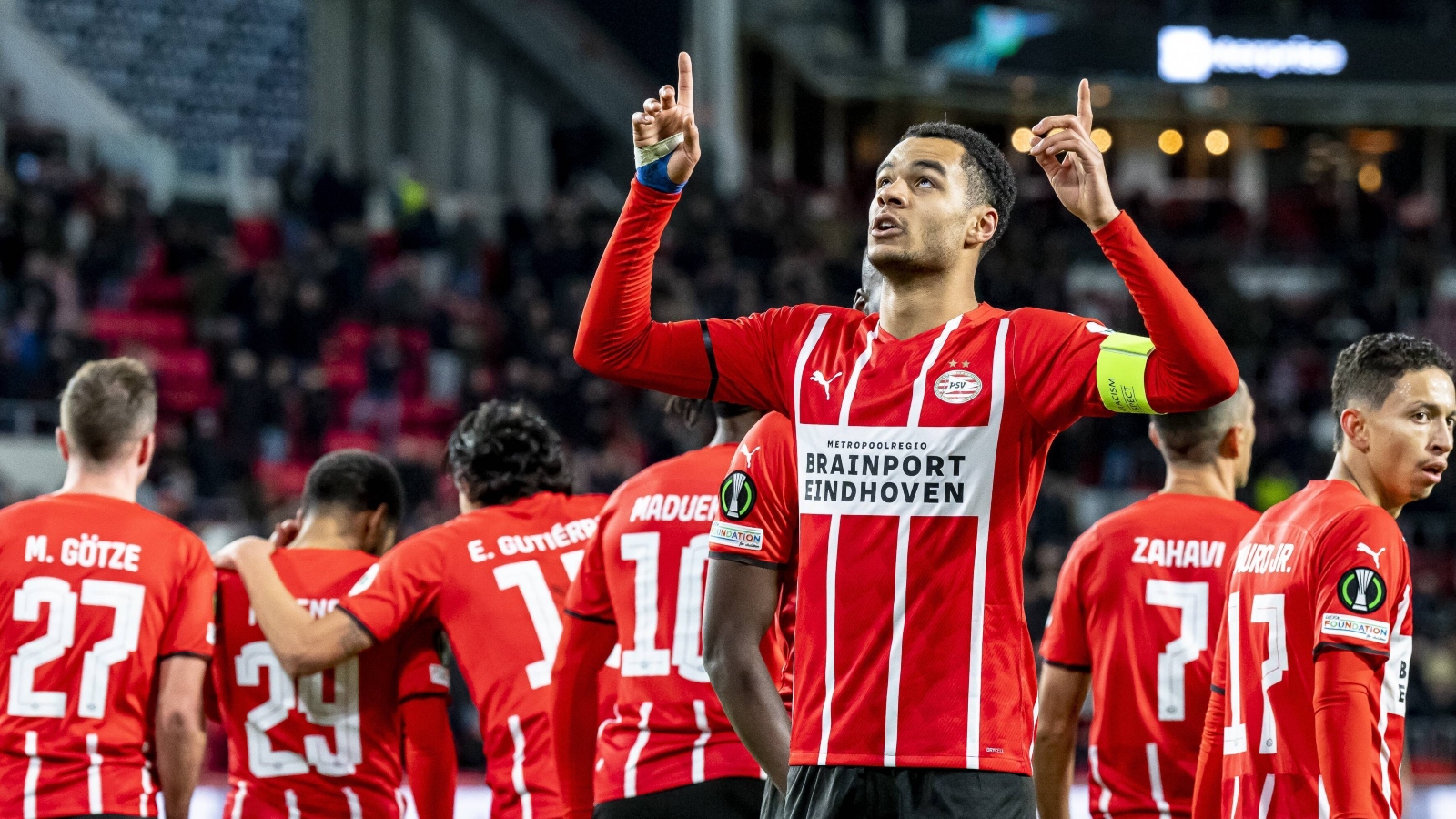 It was reported earlier this month that Arsenal and Liverpool were ‘accelerating their interest’ in the winger.

‘Arrogant’ Man Utd are f**king up their manager search again…

The 22-year-old progressed through the academy at PSV and he made his first-team debut for them during the 2017/18 campaign.

Gakpo has been a standout player for the Dutch outfit over the past couple of seasons.

The Dutchman is currently enjoying his best campaign to date on a personal level. He has grabbed eight goals and 13 assists from his 20 league outings.

Eindhovens Dagblad (via HITC) claim that Gakpo will be able to leave in the summer for at least €40m (£33.31m).

Arsenal are ‘planning’ to make a bid with Tottenham, Manchester United and Liverpool also linked.

It is claimed that two unnamed Premier League clubs have been ‘in touch’ with the 22-year-old’s agent.

Gakpo signed a new contract in January but the Dutch outfit are resigned to the fact that he will leave in the not too distant future. His current deal now runs until 2026.

The Norway international has been in great form for the Gunners this season, helping them to fourth place in the Premier League with five goals and three assists.

Speaking about Fernandes, Bent told talkSPORT: “Of course, he’s been a very good player for Manchester United, but I’m still waiting for him to turn up when they really need him in those big games.”

When asked if he was being harsh on the Portuguese midfielder, Bent added: “No, I wouldn’t – I’ll tell you that right now. No, I would not.

“Right now, I’d rather have Martin Odegaard with the way Arsenal are playing. I’m taking Odegaard in that role for Arsenal. He’s perfect for what Arsenal are doing right now. I wouldn’t swap him for Bruno.”