Home All The News Arsenal ‘can’t get any worse’ under Arteta, says Seaman 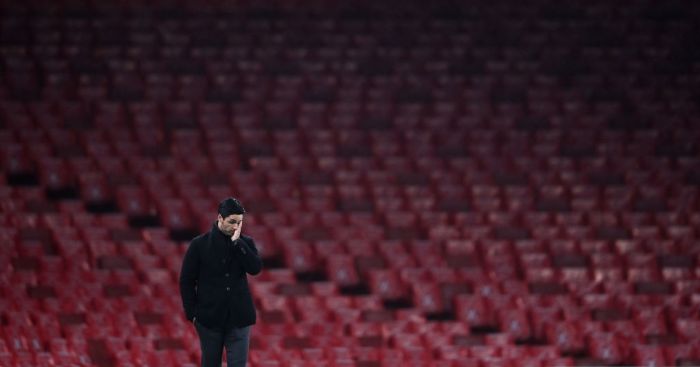 David Seaman believes Arsenal “can’t really get any worse” and feels Mikel Arteta needs to be backed in January to put his stamp on a largely inherited squad of players.

Arsenal have had a shocking start to the season and sit 15th in the Premier League following a 1-1 draw with Southampton on Wednesday.

Arteta brought the likes of Willian and Thomas Partey to the club in the summer but they haven’t made the desired impact as the team as a whole has failed to reach anywhere near the standards of the last campaign which saw them claim the FA Cup.

But Seaman has backed Arteta to turn things around at the Emirates if he is given the funds to spend in January and mould the squad to his liking.

Seaman told talkSPORT: “We all know how good Arsenal can be, especially the way they play with one-touch, two-touch – that is what they are known for, those hidden passes in between defenders.

“At the moment it isn’t happening. It’s a massive lack of confidence. Hopefully the [Southampton] result is going to push them on a little bit because, if I’m honest, it can’t really get any worse.

“I see him on the sidelines, I see him speaking and I know people at the training ground and they say his coaching techniques are fantastic.

“The thing is, a lot of team was under Arsene Wenger and it was under Unai Emery, so he hasn’t got his own team yet. But the club need to back him on that because we can all see that we still need players.

“We got Gabriel, okay he was stupid kicking the ball away and he looked uncomfortable all game [against Southampton], but then they have got Partey as well. You need to add to that. We need to get [Nicolas] Pepe back playing with confidence.”