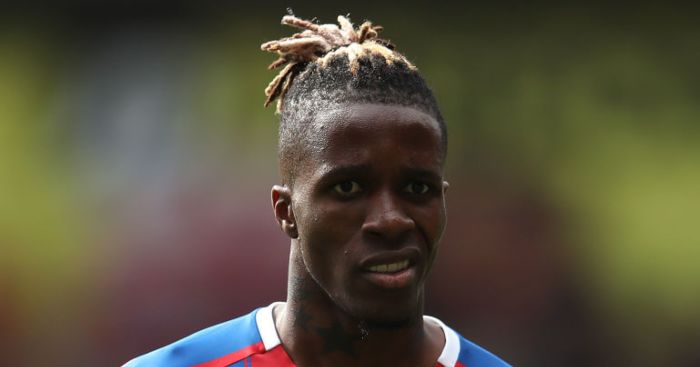 One of the most interesting themes of this summer transfer window has been the way a number of high-profile players have acted to get the moves they desire. It looks as though, finally, the market may have become too expensive for itself. So over-inflated, in fact, that it is reducing the level of player power in the game.

With Premier League clubs in particular having no need to sell their stars, they can set a premium price that even the traditional elite struggle to match. It has happened a number of times this summer, most notably with Harry Maguire, Christian Eriksen, Paul Pogba, Declan Rice, Sean Longstaff and Wilfried Zaha. Only one of those players changed sides.

The shortened transfer window in England has added another element to the new market dynamic. Almost universally called for before its inception, the reduction of the trading period has not had the desired or expected effect, most notably because clubs across Europe can still buy a Premier League player in the knowledge that a replacement cannot arrive. Eriksen, Pogba and Zaha will have their futures scrutinised until the end of the month, but if anything, the likelihood of them moving has decreased because there is little to gain for their clubs.

The former pair have cast admiring glances towards the Santiago Bernabeu for some weeks, and though Real Madrid’s ability to bully teams into selling isn’t what it used to be, it is still clear they want to move. They have remained professional at Tottenham Hotspur and Manchester United respectively, as did Maguire at Leicester City before switching to Old Trafford. Others, including Zaha, have been a little more forceful in their approach. He’d surely be interested in a move abroad, ending his love affair with Crystal Palace in the process.

As always, there are two sides to every story, and both have their merits. Zaha has quite clearly outgrown his surroundings at Selhurst Park for some time now, and at 26 years of age, having given his all in two spells in south London, he is ready for the next phase of his career.

Interest, and two bids from Arsenal, which appeared a good fit for the Ivorian before the Gunners switched their attention to Nicolas Pepe, was resisted, as was a late move from Everton.

Feeling as though he has done enough for the club, Zaha reacted particularly badly to his exit being blocked, with Roy Hodgson sending him home from training last week and only starting him on the bench on Saturday. Palace wanted around £80million for their talisman, but given his importance to the team is arguably the difference between safety and relegation, perhaps selling at any price would have been risky, especially after letting Aaron Wan-Bissaka join Manchester United earlier in the summer.

So Zaha is at something of a crossroads, one that wouldn’t have ever been reached before last year. His dream move to a higher Premier League side may have gone for the time being, but he could show himself unwilling to fully reintegrate at Palace to force a move through to a European club where he can fulfill his Champions League dream, and risk leaving his boyhood side fighting a losing battle against the drop. Or he can get his head down for one more year at least.

Chances are he will choose the latter, but his position is further compromised by the fact he signed a new long-term contract to become the Eagles’ best-paid player last season. Bigger television deals are further reducing the impact of player power and arguably giving contracts more validity. Is that a good thing? Perhaps, but just because a club has more means of keeping a player, doesn’t mean said player is happier to stay. It could end up opening a whole different can of worms, with more players taking drastic action to get their wish.

There is definitely an argument to say Zaha is better off leaving the Premier League to achieve what he wants. While Arsenal seemed an ideal destination, Everton didn’t quite fit the mould: the Toffees have spent big for the third year in a row under owner Farhad Moshiri, but their progression has been slow and a lot of question marks remain. Moving to Goodison Park would only have made sense because it was a route out of Palace, rather than being ideal in itself.

Either way, the transfer merry-go-round eventually worked against him: after moving onto Pepe, Arsenal had no need for Alex Iwobi, who subsequently headed for the blue half of Merseyside.

Nobody can deny Zaha’s ability, but both of the doors open to him over the past few weeks have slammed shut, and interest from Liverpool, Manchester City, Manchester United or Tottenham doesn’t seem likely in the future. Maybe he would fit the bill at Chelsea next summer after their ban on new signings is lifted, as they look to freshen up in wide areas, but that is far from guaranteed.

Borussia Dortmund are known to rate Zaha, and there are places where he could thrive in Italy and Spain; the slower pace of those leagues would promote his dribbling and close control even more.

It is incredibly unlikely to happen in the next couple of weeks, because any transfer fee received by Crystal Palace wouldn’t be worth the cost of dropping out of the Premier League. But when the time does come for this talented, unpredictable and talismanic winger to finally make his next move, he should look further afield than he might otherwise. Until then, like so many others this summer, his saga remains unfinished, as the growing financial power in English football continues to impact the transfer market.