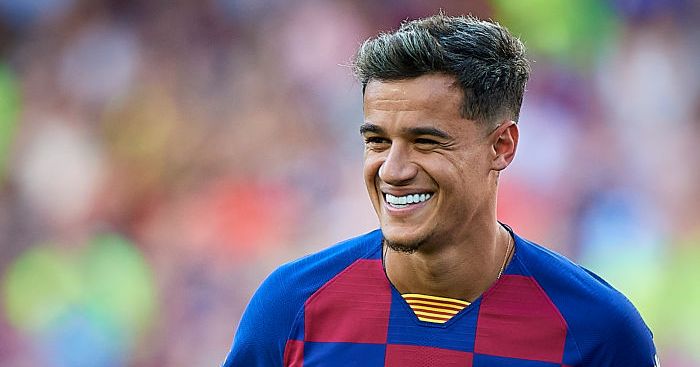 Coutinho has been linked with a number of Premier League clubs, including Man Utd and former club Liverpool, since he failed to hit the ground running at Barcelona.

The Brazil international left Liverpool for Barca in January 2018 in a deal that could rise to £142m, while he now finds himself out on loan at Bayern Munich.

FEATURE: A rather Messi civil war is being fought at Barcelona…

His future remains uncertain with Bayern unlikely to make that move permanent in the next transfer window and The Sun brings us their latest on the situation.

The report claims that Arsenal and Chelsea ‘are set to be offered the chance to sign’ Coutinho in the summer with the Barcelona hierarchy ‘all-but given up on him making it in Spain’.

Barcelona will offer the Premier League clubs two options with Coutinho ‘available on another season-long loan, or a deal for around £75m could be struck’.

Coutinho is on £290k a week and Barca are willing to pay half of those wages if he goes out on another loan but ideally they ‘want him off their books completely’.