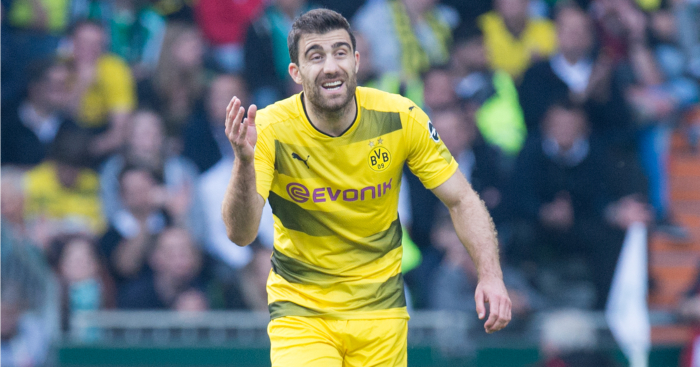 Arsenal are close to spending £16m on Borussia Dortmund defender Sokratis Papastathopoulos as they look to overhaul their defence under new coach Unai Emery.

The Independent claim that the Gunners ‘want as many as four new defenders this window after a disastrous season at the back’ in which they conceded even more Premier League goals than tenth-placed Newcastle United.

Greek defender Sokratis will be the third former Dortmund player to be signed by recruitment chief Sven Mislintat, who drove the January signings of Henrikh Mkhitaryan and Pierre-Emerick Aubameyang.

The Independent’s story has since been confirmed by the BBC’s David Ornstein, who knows everything that happens at Arsenal.

Laurent Koscielny is ruled out of the first half of the season, Per Mertesacker has retired and Shkodran Mustafi enjoyed what we will kindly call mixed fortunes.