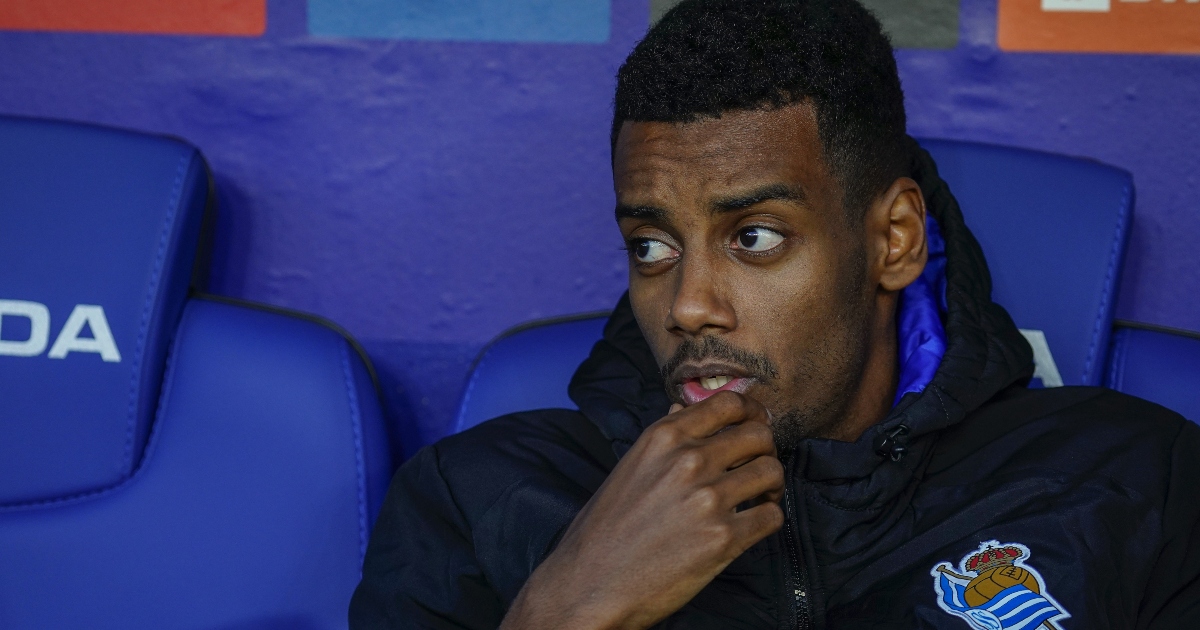 Arsenal are “close” to signing Real Sociedad striker Alexander Isak, according to reports in Spain.

Isak has impressed in La Liga since leaving Borussia Dortmund in 2019. He scored 17 league goals in 34 appearances last term.

His form has dipped this season having only netted four in 16 domestic encounters, however.

Despite this, El Nacional (via The Sun) claim Isak is “loved” by Arsenal who are “close” to signing the Swede as they eye up replacements for Alexandre Lacazette and Pierre-Emerick Aubameyang.

Aubameyang was stripped of the captaincy last month following a disciplinary breach, with the north Londoners reportedly willing to sell the Gabon striker.

Lacazette, on the other hand, is out of contract at the end of the season and looks poised to leave the club on a free transfer.

The report adds that Barcelona are also interested, with Sociedad reluctant to sell the striker to a La Liga rival.

It's no wonder Alexander Isak is attracting so much attention 👀

Pure class from the Swedish 22-year-old for Real Sociedad! pic.twitter.com/1AaymxF8uI

Furthermore, the Gunners will have the funds to spend in the transfer market, unlike Barca, who are in the middle of a financial crisis.

On rumours linking him with Arsenal, the 22-year-old told The Independent in November: “I’m in a good place at the moment, I’m very happy, but one day it would be nice to play in England as well.

“They have six or seven of the biggest clubs in the world, it’s a very high level, and of course one day it would be an alternative.

“Every player wants to be the best version of themselves and reach the highest possible level.

“I have expectations for myself that I’m trying to fulfil, so we’ll see where the journey takes me in future.”

Meanwhile, Jermaine Pennant insists “there is every chance” Newcastle will sign Aubameyang in the January transfer window.

The Magpies are in the middle of a relegation battle and will likely splash the cash in the winter transfer window in order to maintain their Premier League status.

“As a professional footballer, it doesn’t matter, you want to play football,” he said on Stadium Astro (via The Boot Room).