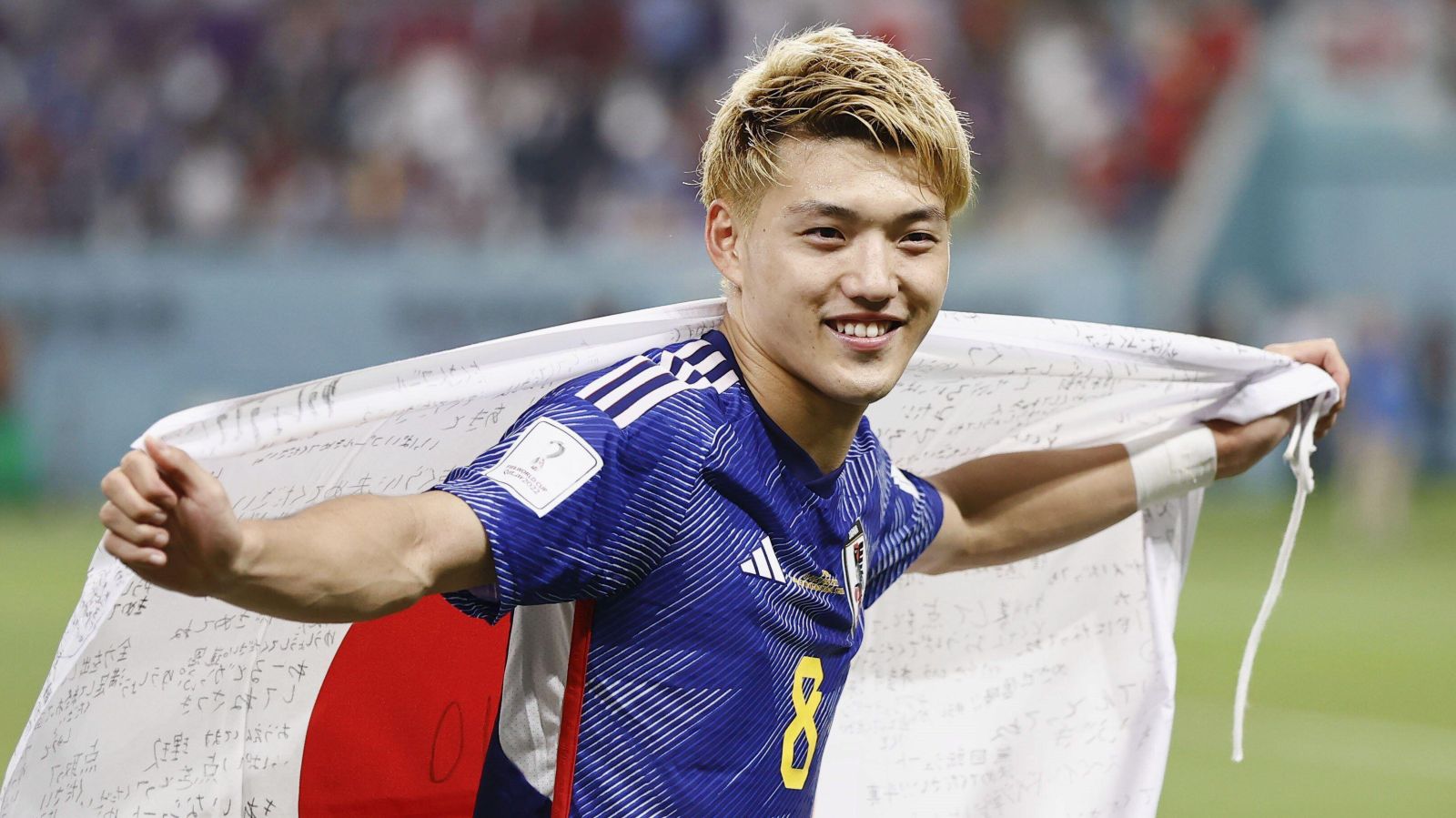 Clubs often sign players after excellent World Cup displays, but Arsenal and four others had the foresight to buy surprise stars of the tournament ages ago.

The substitute hero against both Germany and Spain, equalising within four and two minutes of his introduction in those historic Japan victories, could make current employers Freiburg an absolute fortune.

Doan has yet to truly settle at club level after breaking through at Gamba Osaka. The 24-year-old seems to prefer joining the ladder of a league at one of the lower rungs before working his way up: he joined Groningen before moving to PSV, then spent time on loan at Arminia Bielefeld ahead of that switch to Freiburg.

Four goals and four assists for the team second in the Bundesliga and into the Europa League knockouts as unbeaten group winners would have helped Doan register on many a radar before the World Cup; his performances in Qatar have only multiplied that rising stock.

“Could this be the World Cup of Enzo Perez?” asked one mixed zone journalist, as relayed by Miguel Delaney of The Independent. “I’m Enzo Fernandez,” came the reply as the Argentina midfielder walked away.

Those cases of mistaken identity are unlikely to happen much more often for Fernandez, the 21-year-old who appeared from the bench in the defeat to Saudi Arabia and victory over Mexico, proving himself worthy enough in the process of a first-ever international start in the crucial final group game against Poland.

That ought to underline the progress made by Fernandez, who joined Benfica this summer for an initial £8.6m with some healthy add-ons thrown in. He was given Eusebio’s famous No. 13 shirt and has been a crucial member of a side which is unbeaten in 23 Primeira Liga, Champions League, Taça de Portugal and Taça de Liga games this season. There is a reason the Eagles reckon they can get £86m for the Liverpool and Real Madrid target now.

Only once has the United States goal been breached in the World Cup so far – and a pretty excellent penalty was required to beat Matt Turner at that, with the Arsenal keeper even diving the same way as Gareth Bale’s effort in the draw with Wales.

Turner has otherwise been relatively untroubled by a toothless England and unambitious Iran, meaning he has only been beaten three times in 23 caps for the national team: by Japan in September, Canada in January and Panama last October.

It is a similar story with the 28-year-old’s scant opportunities at Arsenal. All four of his games since joining the Gunners have come in the Europa League, and the only goal he has conceded in that time was in a 2-1 win.

It is difficult to find any sort of figure in terms of what Hearts handed over to Central Coast Mariners in June but suffice to say the Scottish Premiership side will be able to happily multiply it if they wish to cash in on the ascent of Kye Rowles.

Robbie Neilson described the signing as a “big coup” and Rowles has settled well into the defence, either side of a metatarsal fracture which sidelined him throughout September and October.

The 24-year-old centre-half timed his recovery to perfection, easing back into the Hearts line-up and impressing at the heart of the Australia defence alongside Harry Souttar, despite Rowles only making his Socceroos debut six months ago. Better players will be similarly scorched by Kylian Mbappe but Tunisia and Denmark were both kept at bay during Australia’s remarkable journey to the knockouts.

Once earmarked as the first addition on Erik ten Hag’s Manchester United transfer wishlist, Noussair Mazraoui’s free agency was not the subject of too much fanfare or speculation. The full-back did not bring quite the same name value and pedigree as some of his Bosman brethren – Paul Pogba, Franck Kessie, Antonio Rudiger, Paulo Dybala, Christian Eriksen – but such an excellent player rarely becomes free on the market.

Bayern Munich were the ones fortunate enough to add a talented 25-year-old with vast experience to their ranks, but an international exile similar to that which Hakim Ziyech imposed upon himself means that Mazraoui is stumped on 18 Morocco caps.

That makes his ability to slot seamlessly into this organised, cohesive team even more impressive. Mazraoui played an hour of the goalless draw with Croatia before featuring for the entirety of the wins over Belgium and Canada which helped Morocco unexpectedly top the group. They have every reason to back themselves against Spain, particularly with that defence in such stunning form.