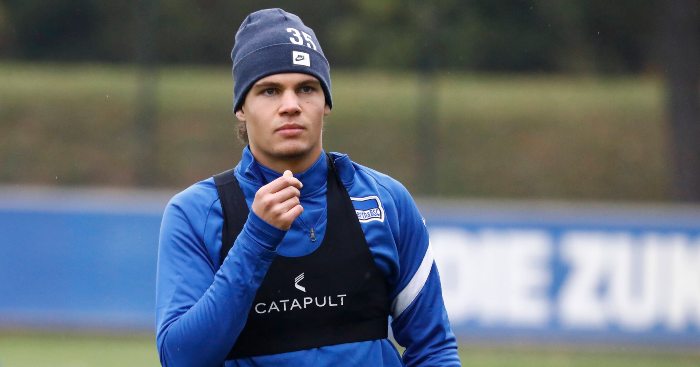 Rekik was first linked with the Gunners last summer after impressing in the German capital.

They failed to sign him in the summer but have now finally got their man.

He is expected to join the Under 23 team as he continues his development.

Speaking briefly about their pursuit of Rekik, Arteta told reporters: “He’s a young talent that we’ve been following for a while that we believe has a really bright future.”

He has already played for a host of European clubs at youth level, including Premier League rivals Man City.

He’s also been on the books with PSV, Feyenoord and Marseille as an academy player.

The signing of Rekik demonstrates once again Arsenal’s belief in young talent.

Rekik will join the likes of Folarin Balogun and Reiss Nelson in the group of potential future stars at the Emirates.

He is yet to make his full debut as a professional, having represented Hertha Berlin’s second team during his time at the club.

Speaking about the move, Rekik said: “It feels great to be here after a long time of hard work. I moved in three weeks ago and I’ve been in quarantine, so I can’t wait to get started.

“The warmth of the people and the interest that they showed in me, and of course, when a club like Arsenal is interested, I don’t think anyone needs to think twice.

“I’m a winner. I always want to win, and that’s with everything, not only football, ever since I was a kid. My style of play? I’m a central defender and I like to play with the ball, I like to play out from the back, and I think this is also the structure of the club. It fits perfectly.”