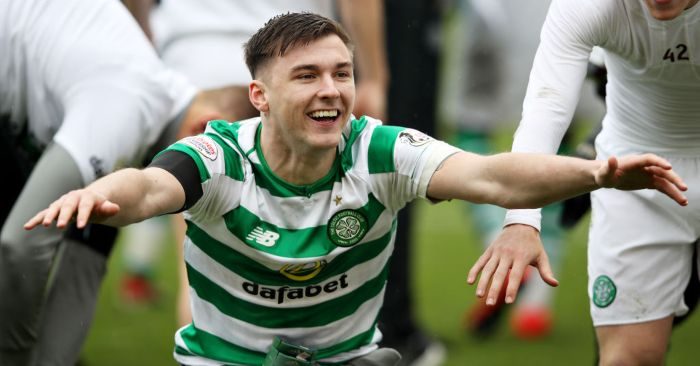 Arsenal are ‘confident’ over sealing a deal for Celtic left-back Kieran Tierney, who they hilariously hope to convert into a centre-half.

The Gunners had a £15m opening offer rejected by Celtic this past week, with some reports claiming a follow-up bid of £18.5m has also been rebuffed.

Arsenal will have to break two transfer records if they hope to sign the Scotland international, with Unai Emery desperate to reinforce his defence.

The London Evening Standard say that the Spaniard’s grand plan would be to bring Tierney in with a view to him ‘having a future at centre-back’, where he has played infrequently for club and country.

It is thought that Celtic’s asking price for the 22-year-old would be around £25m, representing their biggest ever sale.

But Arsenal are ‘confident’ the player wants to play in the Premier League, with his wage demands also appealingly low.

A Scottish Sun exclusive suggests that Arsenal are ‘prepared to sanction a massive five-year’ for Tierney, offering him around £70,000 a week.

That equals £3.64m over a year, and £18.2m over the duration of the entire contract. It also equals a reliable, young and versatile left-back with international and Champions League experience at a decent price. So you can probably rule Arsenal out now.