Home All The News Arsenal confirm deal to sign Papastathopoulos 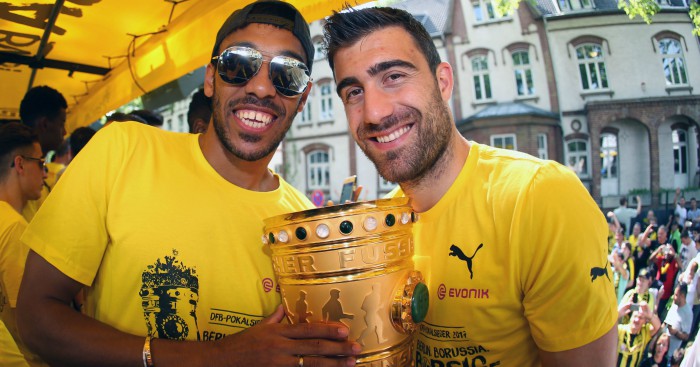 Arsenal have announced the signing of Greece international defender Sokratis Papastathopoulos from Borussia Dortmund for an undisclosed fee.

The 30-year-old becomes the third new arrival at the Emirates Stadium since Unai Emery was appointed as Arsene Wenger’s replacement in May and has signed a “long-term” deal at the club.

He joins full-back Stephan Lichtsteiner and goalkeeper Bernd Leno in joining the Gunners ahead of the new season and will link up with former Dortmund team-mates Henrikh Mkhitaryan and Pierre-Emerick Aubameyang.

“Greek international Sokratis Papastathopoulos has joined us on a long-term contract for an undisclosed fee,” a statement on Arsenal’s website read.

All of us when we finally announced #SOKRATIS 😃 pic.twitter.com/Q7QCShJHA5

“The 30-year-old arrives from Borussia Dortmund, where he won two Bundesliga titles and one German Cup. The hugely-experienced defender lists Werder Bremen, AC Milan, Genoa and AEK Athens among his previous clubs.

“Sokratis, who will wear the number five shirt for us, also has vast experience on the international stage, making 79 appearances for Greece. This deal is subject to the completion of regulatory processes.”

Papastathopoulos previously played for Genoa, AC Milan and Werder Bremen having broken through at AEK Athens.

He will battle with the likes of Shkodran Mustafi, Laurent Koscielny, Calum Chambers and compatriot Konstantinos Mavropanos for a place in the heart of Emery’s defence.