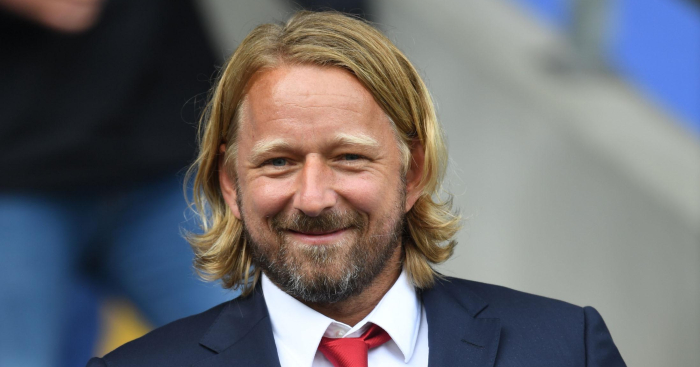 Arsenal have confirmed that head of recruitment Sven Mislintat will be leaving his post next month.

The Gunners brought Mislintat to north London as part of their restructuring behind the scenes to prepare for Arsene Wenger’s departure.

Mislintat earned the nickname of ‘Diamond Eye’ for his work at Borussia Dortmund, which he continued with some fine signings in north London.

He was key behind the deals for Pierre-Emerick Aubameyang and Henrikh Mkhitaryan last January, while he played a part in identifying and bringing Lucas Torreira, Matteo Guendouzi, Bernd Leno and Sokratis to the club in the summer.

But reports claimed earlier this month that the 46-year-old was set to leave, as five reasons emerged for his exit.

Arsenal have now confirmed he will depart on February 8 in a club statement on their website.

‘Sven has been with us since December 1, 2017 and has done a truly outstanding job in helping us recruit players who are making a big impact now and will do so even more in the future.

‘We wish him every success for the future and thank him for his extremely hard work on behalf of Arsenal.

‘Sven said: “It’s been an amazing experience to work at a great club like Arsenal in what has been a big time of change. I am excited about what the future holds for the club and am looking forward to new challenges for myself.”‘