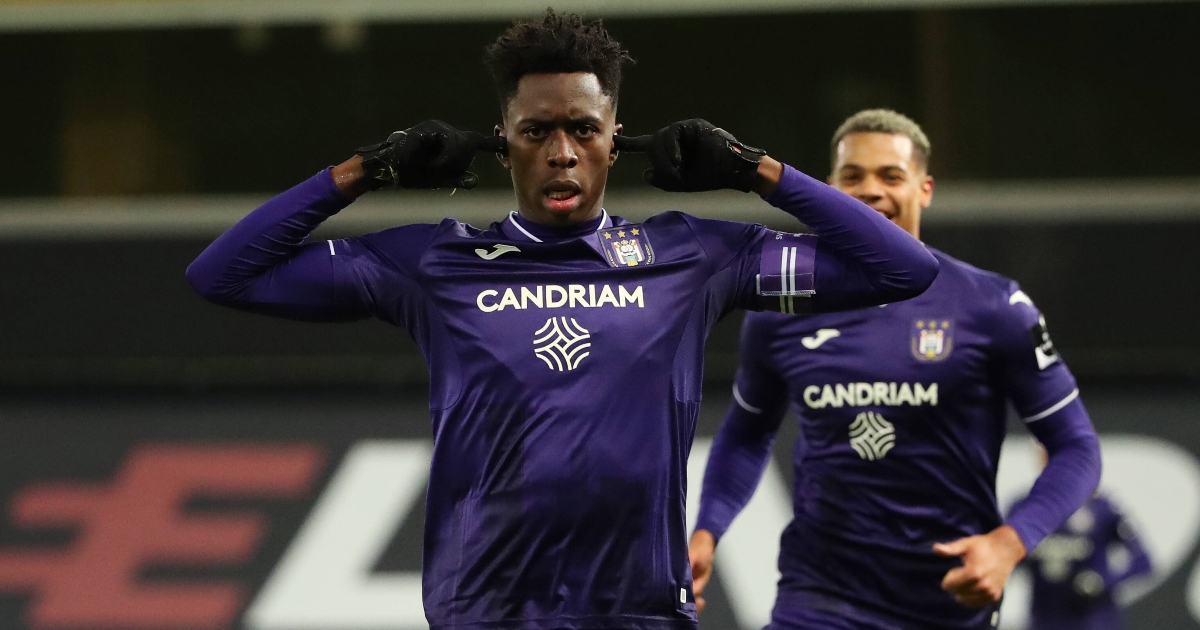 Arsenal have today confirmed the signing of Albert Sambi Lokonga from Anderlecht on a long-term contract.

The transfer has looked imminent for weeks but was finally announced this afternoon.

The midfielder will wear number 23 for the upcoming season and will have the name Sambi on the back.

The constant football feast has left us bloated and jaded

Lokonga made his first-team debut for Anderlecht in December 2017 and has been a mainstay in their starting 11 for the past two seasons.

He made 27 league appearances last season for the Belgian side, scoring three goals.

Speaking on the transfer, Arsenal‘s technical director Edu told the club’s official website: “We are delighted Albert has signed with us, as there was a lot of interest in him and he was a big target for us.

“Albert is a player we’ve been tracking for some time, and he will bring us strength in depth in the centre of midfield. We look forward to his continued development with us.”

Manager Mikel Arteta said: “Albert is a very intelligent player who has shown great maturity in his performances during his development.

“He has been coached well by Vincent Kompany and his team at Anderlecht. I know Vincent very well and he talks so highly about Albert and the positive impact he had to Anderlecht in recent seasons.

“We’re confident Albert’s ready for the next stage in his development and we’re looking forward to welcoming a new member to our squad with his quality and presence.”

Lokonga is due to join up with his new team-mates in the coming days and should travel with the squad to Florida for a pre-season tour.

The Gunners are also closing in on the signing of Ben White from Brighton.

The centre-back is rumoured to cost £50million after the north London club had two bids rejected earlier in the transfer window.

Former England international Danny Mills has suggested that he is “surprised” that White is signing for Arsenal, as he is “better than that”.

“Let’s assume that he will be at Arsenal for two or three years at least before he goes somewhere else. I just think he is better than that,” Mills told talkSPORT.

When asked why White would sign for someone else, Mills said: “Because has got a better chance of winning things. What is he going to win at Arsenal? League Cup, if he is lucky. Maybe the FA Cup.

“I think he is an exceptional player and I think he is a fantastic signing for Arsenal. I am just a little bit surprised that Manchester United, who are looking for a centre-half, hasn’t come in for him.”