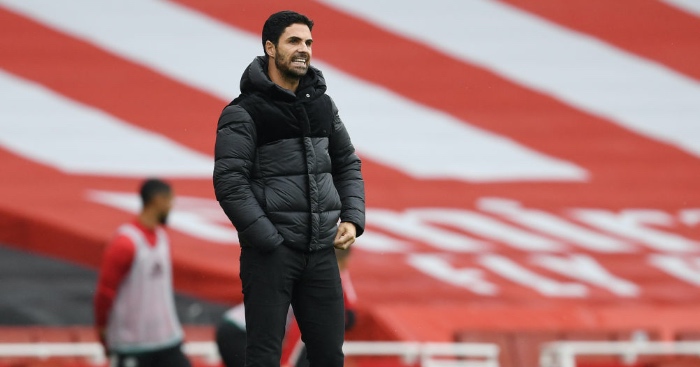 Arsenal have completed the signing of young Swedish striker Nikolaj Moller from Malmo.

The 18-year-old is the latest player to join the club, following the arrivals of Thomas Partey from Atletico Madrid and Gabriel Magalhaes from Lille.

Alongside building up the quality of their first team, the North London club has been searching for some of the best young talent across Europe.

And now, according to the Daily Express, they’ve signed a striker who has been likened to Swedish legend Zlatan Ibrahimovic.

Moller has moved to England for a reported £450,000 fee. He will immediately link up with the club’s U23 side in an attempt to break into the first team in the future.

The player is a current Sweden U19 international who has also played in Italy with Bologna’s youth sides.

While in Italy, his playing style and 6ft 2″ height drew comparisons with Ibrahimovic. However, this is nothing new for young Swedish strikers and we must wait and see if Moller can live up to the high expectations.

Arsenal now have a host of options up front that manager Mikel Arteta can choose from. Their talisman Pierre-Emerick Aubameyang finally signed a new contract in September which will keep him at the club until 2023.

They also have striker partner Alexandre Lacazette to join him, although the Frenchman was benched by young prospect Eddie Nketiah for Arsenal’s most recent win over Sheff Utd.

They have Nicolas Pepe, Willian, Reiss Nelson and Gabriel Martinelli, all of whom can play in multiple attacking positions.

The recent transfer window was one of the club’s most successful in recent years. They finally brought in Partey from Atletico after months of speculation. The Ghanaian international should provide plenty of stability to their midfield.

Gabriel has started the season well and looks to be a solid signing in the heart of their back line.

Arteta could have an impressive season with the Gunners if they can remain consistent throughout the campaign.