Home Arsenal Arsenal confirm Welbeck ‘broke something in his ankle’ 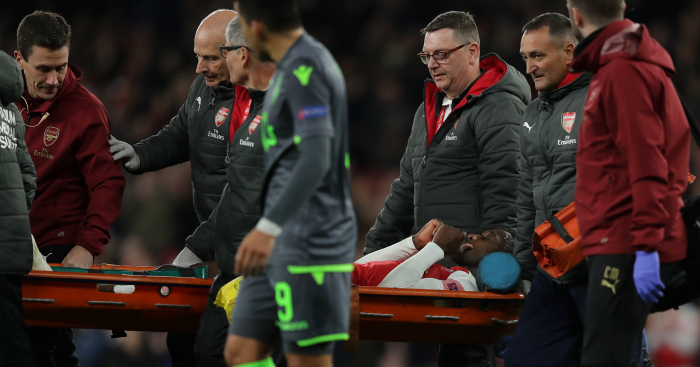 Arsenal head coach Unai Emery has confirmed that Danny Welbeck “broke something in his ankle” against Sporting.

Arsenal played out a 0-0 Europa League draw with Sporting on Thursday to confirm their progression to the knockout stages.

But the game was overshadowed by Welbeck’s first-half injury, with the England international stretchered off after falling awkwardly on his ankle.

Alex Iwobi noted that it was difficult to continue after seeing his teammate in such agony – although Arsenal fared well thereafter.

There has been no official confirmation of the injury, nor a timescale placed on his return just yet, but Emery did say it was “serious”.

“The worst news tonight are these injuries,” Emery said. “We think it’s a serious injury.

“Every injury is different. He broke something in his ankle and it’s a different injury than another.

“Now he’s at the hospital and the news is at the moment we are going to wait, but we think this is a serious injury.”