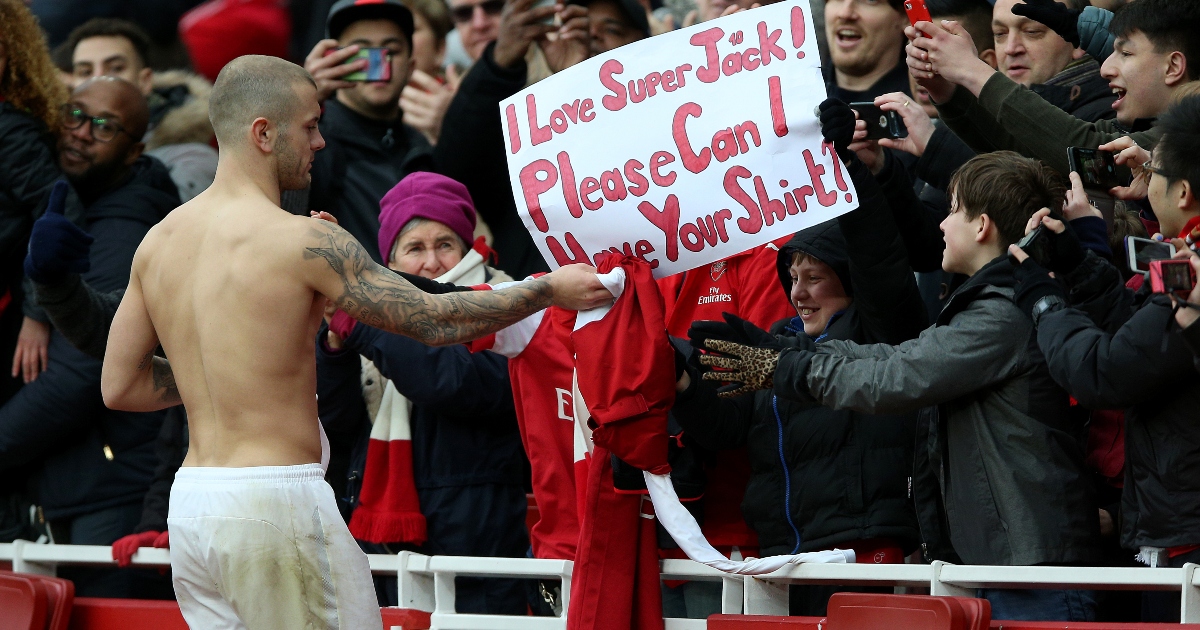 Arsenal have confirmed that former player Jack Wilshere is training with the club as he prepares for the next step in his career.

He made 198 appearances in total for the north Londoners, scoring 14 and assisting 30.

A takeover signing XI that should excite Newcastle supporters

His career has notably been ravaged by injuries, after emerging as one of the best young players England has ever seen.

Wilshere left Arsenal in 2018, joining West Ham on a free transfer after Unai Emery told him he was not part of his strongest starting XI.

After leaving the Hammers, he joined Bournemouth – who he had spent time on loan with during his time as an Arsenal player.

However, he has been without a club following the expiry of his Cherries contract in July.

In September, Gunners manager Mikel Arteta said the ‘door was open’ for Wilshere to train with the club as he searches for a team – but ruled out signing the former England international.

Speaking on the subject, the Spaniard said:  “He is someone that I know who I shared the dressing room with, who is so loved around the club with every person here and our doors are always open.”

And the club announced on Thursday that Wilshere had taken up the offer and is training at London Colney to help him find a new club, and as he does his coaching badges.

We're helping Jack prepare and train for his next step, while he continues to do his coaching badges pic.twitter.com/KI41WlTNdx

Arteta told the club’s official website: “He has experienced that better than anyone else, he was an extremely successful player and we have some really good examples of the path.

“[For a young player] it is about making it here, beginning to establish yourself and then taking it to the next level for many years and that is very complicated and I think Jack has a great experience to share and talk about what he has been through in his career.”

When asked what he hopes Wilshere achieves during his time training with the club, Arteta said: “That physically he can keep himself fit, because obviously we know the issues that injuries have caused him in his career.

“When you have been away for many years, maybe you can lose that sense or can question yourself but there is no question: we all love him, we’re happy to have him around and he is a big part of our history.”