Home All The News Arsenal ‘confused’ as Arteta ‘tries to be too clever’, says Adams 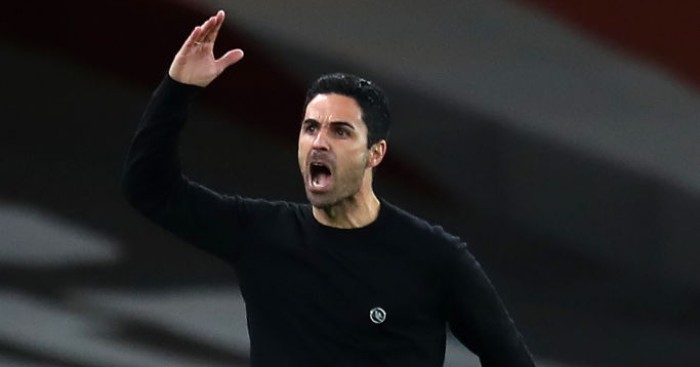 Tony Adams claims Mikel Arteta was “trying to be too clever” in Arsenal’s 3-0 defeat to Aston Villa.

The Gunners were outplayed as Villa ran riot at the Emirates, with Bukayo Saka’s own goal and Ollie Watkins’ brace sealing all three points for the visitors.

Arteta took responsibility for the result after the game and admitted his “sloppy” players were left “very vulnerable” for large periods of the game.

READ MORE: Alisson tied with Kepa as keepers ranked by save percentage

And Adams – who has been a fervent suppporter of Arteta since he took charge at Arsenal – says the Spaniard got his tactics wrong.

“It was such a poor performance coming off of the Manchester United game and I think Arteta was trying to be too clever,’ Adams said on Sky Sports’ The Football Show.

“He’s gone back into the three, offloaded three with [Hector] Bellerin popping in to make the four into midfield and Tierney for me is in that too narrow position, he’s a left-back for me.

“Every full-back who has come to the club in the last five years, maybe more, has never been taught how to play full-back. They’ve become kind of wingers, they bomb on and it leaves the central defenders isolated.

“And I don’t care how good you are, if Rob Holding is left one-vs-one, at some point that forward is going to get the better of you over the course of the game. Hector needs support, he needs to be worked with.

“I’ve not seen a full-back improve when they join Arsenal at the start, we’ve got Gael Clichy, Kieran Gibbs, endless [examples].

“Lee Dixon, my old great mate, my old colleague, reminds me so much of Bellerin when he came to the club. He used to bomb on, he was fantastic, he would bomb down that right side all day long.

“But we needed to teach him defending and at the end of his career I think he turned into one of the best right-backs in the world. He was fantastic at defending and that’s because he was part of the unit, he knew everything the central defender was doing. It’s partnerships across the back four.

“They can be, but he [Arteta] needs to work with the full-backs.”

Adams believes Tierney has the quality to succeed at Arsenal but worries he will get “confused” if he’s constantly asked to switch positions under Arteta.

“I think Tierney has got it all, he’s got a fantastic attitude,” Adams added.

“He’s someone you can really work with but to play him left-side centre-half, and then sometimes playing him left back, the kid’s going to get confused. ‘You’ve got to put him in at left-back and work with him.

“I think he can be a real talent when he bombs down that left.

“To keep going from system to system, in my experience, doesn’t work.

“You need familiarity with the goalkeeper, with your midfield players, those kind of relationships and partnerships.

“If you’re pulling people out and putting the next person in there’s no consistency and defensive stability.

“Arsenal aren’t alone here, I see it in the whole country. It’s the only area of the park for me that you have to leave alone, you have to build relationships.”