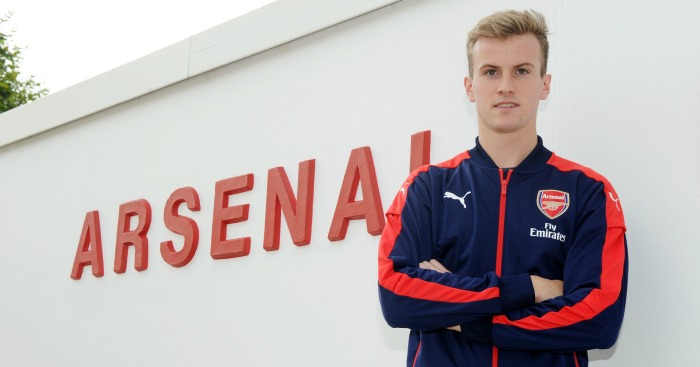 Arsenal have handed a new contract to defender Rob Holding.

The 22-year-old has penned terms on a “long-term” deal, though the specific length of the agreement has not been disclosed.

A statement on the Gunners’ official website read: “We would like to congratulate Rob on his new contract and look forward to his continued contribution in the coming years.”

Holding has played 24 times in all competitions for the club this season.

The centre-back, an England Under-21 international, moved to the Emirates Stadium from Bolton in 2016 and helped the Gunners to lift the FA Cup in his first season.

He has been in and out of the Arsenal side this term and has played only 10 times in the Premier League.

Holding’s new contract means he will be at the club long after the departure of manager Arsene Wenger.

The Frenchman will end his 22-year reign in the summer, with the search for his successor ongoing.

Massimiliano Allegri, Carlo Ancelotti and Eddie Howe have all featured in the betting to become Wenger’s replacement, but a new candidate emerged in the market on Tuesday.

Liverpool number two Zeljko Buvac became a favourite among some bookmakers after reports in his native Bosnia suggested he was being lined up to be installed in the Emirates hotseat.

Buvac has worked under Jurgen Klopp for 17 years, ever since his last managerial role in 2001, but is currently taking a break from his duties at Anfield due to personal reasons.

That has led to a flurry of bets on him to become Wenger’s replacement.

Where are they now? The first winners of Chelsea’s five straight FA Youth Cups. (Planet Football)