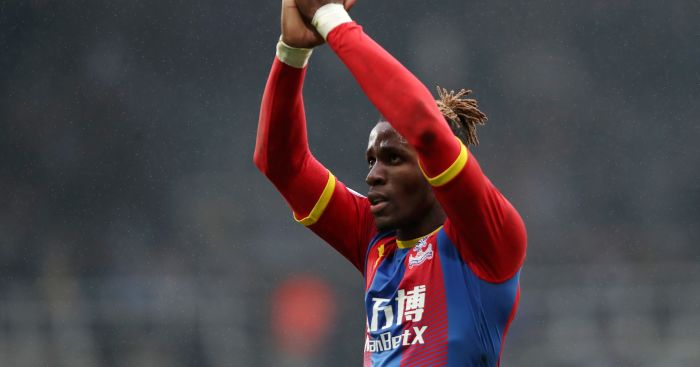 Arsenal could offer £40million plus one of three players in an attempt to meet Crystal Palace’s £80m valuation of Wilfried Zaha.

Zaha has attracted the interest of England’s leading clubs after reportedly informing Palace of his desire to leave in pursuit of major honours this summer.

But the south London club are reluctant to lose their best player, and thus have valued him at around £100m to deter potential suitors.

The Sun on Sunday claim that Palace would consider selling the winger at closer to £80m, which is twice Arsenal’s reported transfer budget if they miss out on Champions League qualification.

Their plans therefore rest on the Europa League final against Chelsea later this month, but The Sun say Arsenal could wait until the closing weeks of the window to see if Palace’s valuation drops. Which it won’t.

Arsenal want ‘homegrown talent’ in a squad that will lose Aaron Ramsey this summer, so Zaha ‘fits the bill’. But with his price so far out of their ranger, they could offer Calum Chambers, Carl Jenkinson or Reiss Nelson in part-exchange. And they key word there is ‘or’; were they to send all of them to Selhurst Park with a £40m bid, Palace might actually consider it.