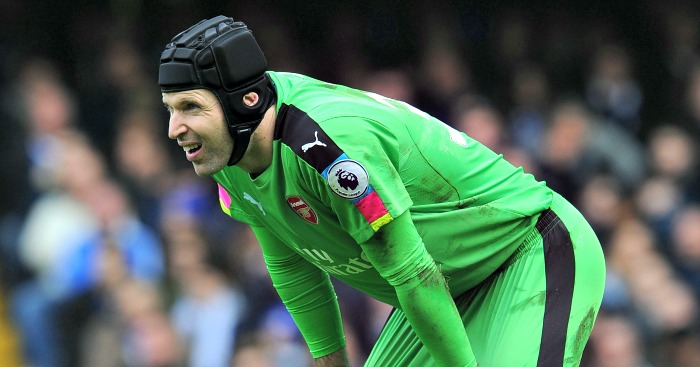 Cech has been Arsenal’s No 1 since joining the club in summer 2015, but his performances this season have come under scrutiny.

The 34-year-old was partially at fault for the first two goals in the 3-1 defeat to Chelsea, and mis-kicked directly to Cesc Fabregas in conceding the third.

According to the Daily Star, ‘there is a feeling within the club’ that Wenger has to ‘make a statement’ following two losses which have ended the club’s Premier League title hopes.

It is claimed that Cech could thereby be dropped for Saturday’s home game against Hull, with growing ‘concern’ among the coaching staff about his kicking and his form.

David Ospina has impressed when given the opportunity this season, the Colombian starring in the club’s Champions League campaign.

The 28-year-old has played eight games so far, and Arsenal are unbeaten when he has featured. He has conceded seven goals in eight games, compared to Cech’s 27 goals in 24 games.

It also emerged on Thursday morning that the Gunners could target Manchester City goalkeeper Joe Hart as Cech’s long-term replacement.