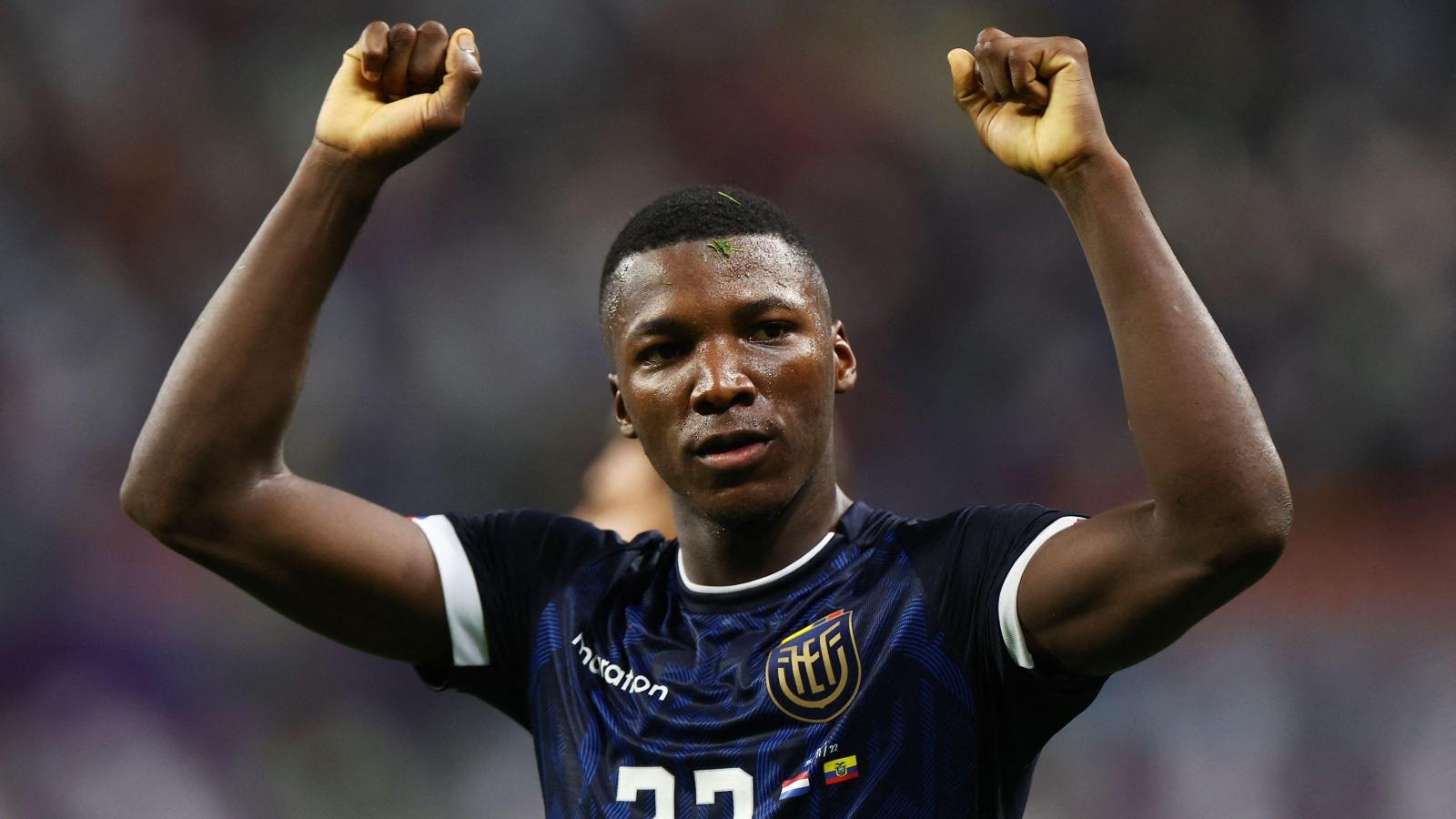 Gunners boss Mikel Arteta admitted on Wednesday that he is concerned by his midfield depth with Mohamed Elneny expected to be out injured for a while.

Arteta hinted that a new midfielder could be purchased before the winter transfer window closes next Tuesday.

“If there’s anything else available that can make us better we’ll look at it,” the Spanish manager told reporters.

“Well, we need some more cover in midfield ideally if we can but obviously, in this market, it’s very complicated to do that.”

Arsenal have been linked with Juventus and United States midfielder Weston McKennie, with Leeds United also trying to sign the 24-year-old.

However, they are now ramping up their interest in Brighton’s Caicedo, according to The Telegraph.

Chelsea are also interested in signing Caicedo, which does not bode well for Arsenal after what happened with a certain Ukrainian winger…

Graham Potter’s side have had a £55million bid rejected by Brighton for the Ecuadorian midfielder.

Albion are reportedly holding out for at least £75m and are particularly reluctant to sell one of their best players mid-season.

In Wednesday’s Football Transfer Gossip, it was said that Brighton value Caicedo as high as £100m.

Chelsea are said to be the current frontrunners to sign the 21-year-old, who could be the perfect N’Golo Kante replacement.

Caicedo’s relationship with Potter – who left Brighton for the Blues earlier this season – could play a huge part in his decision if it came down to a choice between the two London clubs.

Having said that, Arsenal are flying this season and are the current favourites to win the Premier League, while Chelsea sit mid-table, so the Ecuador international might prefer a move to the Emirates given their current success.

The report states that Arteta wants to sign a new midfielder before the end of the month with Elneny’s injury still being assessed.

Caicedo would obviously be very expensive signing, but Arsenal should have the funds to make it happen after making a big-money bid to sign Mykhaylo Mudryk earlier this month.

Arsenal’s midfield three is very much set in stone with Thomas Partey operating as a No. 6 with Granit Xhaka and Martin Odegaard either side of him.

Caicedo would be a superb addition but game time might not be guaranteed, unless Partey – who has been injury prone throughout his entire Gunners career – picks up a fresh injury.

You need depth to compete in all competitions, and the report adds that Arsenal’s interest in Declan Rice will not be impacted by the potential signing of Caicedo.

Partey’s absences over the years have hugely impacted Arsenal, with the drop-off in quality in defensive midfield a huge worry, but the signing of Caicedo would certainly make the Ghanaian less of a miss if he is injured.

With Elneny out, Albert Sambi Lokonga might have a big part to play in the second half of the season.

Lokonga has struggled to adapt to life in the Premier League after a terrific spell with Anderlecht.

According to the Daily Mail, Arteta has refused a loan offer from Monaco for the 23-year-old.

Meanwhile, Cedric Soares is reportedly close to joining London rivals Fulham on loan until the end of the season.

This means Arteta is also keen to sign a right-back before Tuesday’s transfer deadline. The Gunners have been strongly linked with Real Valladolid teenager Ivan Fresneda.

READ MORE: Four Arsenal players in need of an upgrade (because we couldn’t think of five)