Home All The News Arsenal considering permanent deal for Ryan 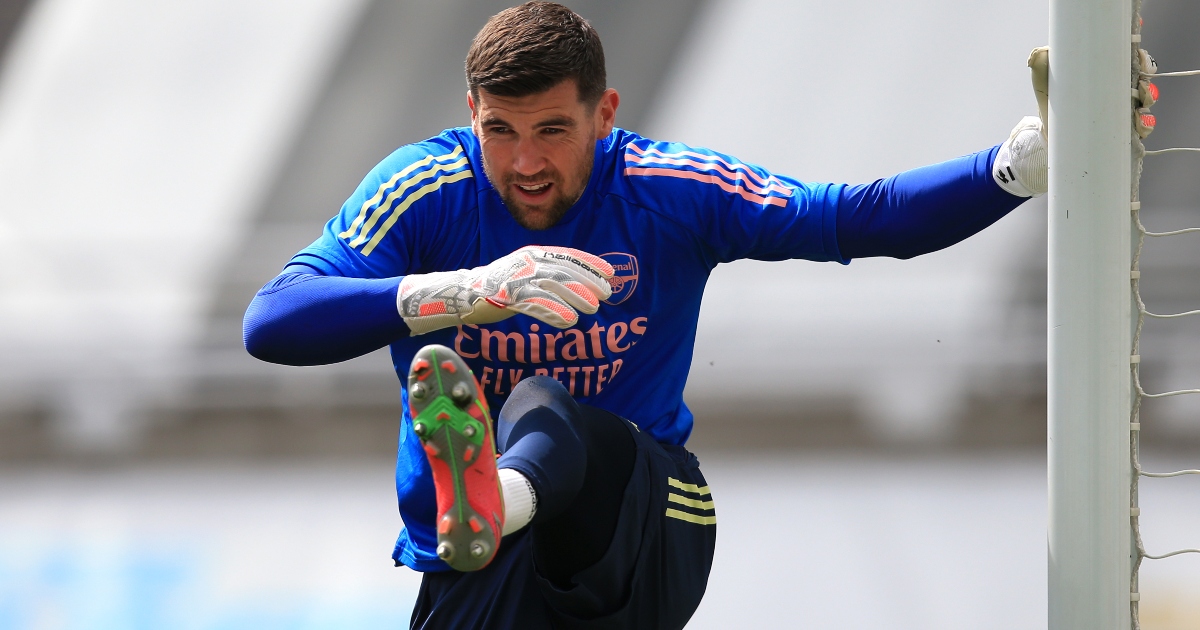 Arsenal are one of a number of clubs looking to secure the services of Mat Ryan this summer, according to reports.

Ryan spent the second half of last season on loan at The Emirates, but has since returned to his parent club, Brighton.

He made three Premier League appearances for the Gunners, starting in matches against Aston Villa, Fulham, and Newcastle.

Ryan’s contract expires next year but there have been no suggestions Brighton are looking to extend their relationship with the Australian, who was dropped from the starting XI in December.

Robert Sanchez, the former back-up goalkeeper, is now first-choice, having seized his opportunity and impressed.

The Spaniard’s emergence has reduced the club’s reliance on Ryan, leading Arsenal, along with a number of clubs in Spain and France, to consider a move for the 29-year-0ld, according to Sky Sports.

The goalkeeping department could be set for an overhaul at The Emirates this summer, with Bernd Leno reportedly keen on an exit and Alex Rúnarsson not regarded highly enough to play second fiddle.

If Leno departs, that could see Arsenal sign two new ‘keepers this summer, with Ajax No.1 Andre Onana also a target.

Onana, whose doping ban was reduced to nine months on Thursday having previously been handed a one-year suspension, would be recruited as the first-choice ‘keeper, while Ryan would provide back-up.

The Australian international has made 123 appearances for Brighton since his arrival in 2017, keeping 27 clean sheets. Back in December, Graham Potter hinted he would be allowed to leave this summer, with the club mindful of his desire to be playing regularly.

Asked if Ryan would be seen again in a Brighton shirt, Potter told Sky Sports: “I can’t see into the future. But I wouldn’t say it’s as extreme as that.

“I think you’ve got to be respectful to the professional and his career and his family and his situation.

“On the one hand, we’re saying that we’re going to give Rob a chance and an opportunity and you want to give him that time.

“At the same time, you know the situation may be for him (Ryan) that he wants to be in a better position in terms of somewhere where he is more able to play or move involved in playing.

“I think out of respect for Mat, you’ve got to give him that freedom to do that. But in the end, it’s down to Mat and the club.”