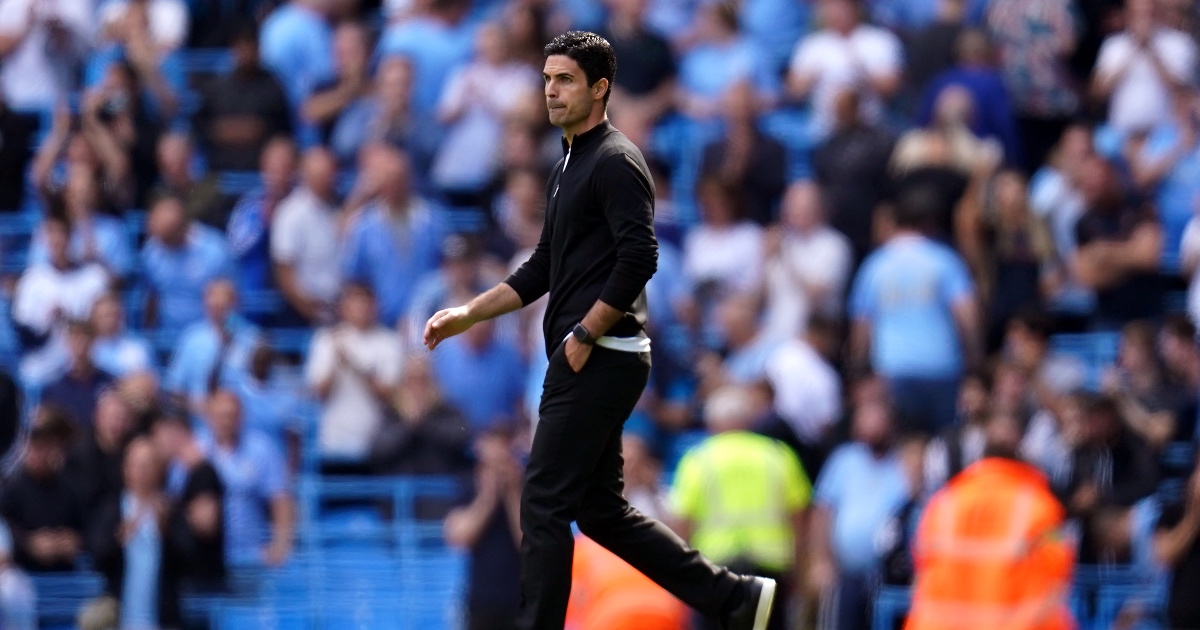 Arsenal have made contact with former Chelsea manager Antonio Conte to replace Mikel Arteta, according to a report.

The Gunners have struggled towards the start of the Premier League campaign, losing all three of their games so far.

They have conceded nine goals in that time without scoring. The recent 5-0 thrashing by Manchester City was a particularly damning result.

How one dreadful tackle stoked a dormant 42-year-old rivalry

Arsenal went big in the transfer window, spending £50million on Ben White and £30m on Martin Odegaard, among others.

The new arrivals admittedly need time to settle in north London but Arteta is under increasing pressure to pick up points.

The game against Norwich City, immediately after the international break, is a must-win. Arsenal will then face Burnley and AFC Wimbledon before coming up against Tottenham in the north London derby.

Arteta will be confident of picking up at least a couple of points against Norwich and Burnley, but reports suggest club chiefs are already planning for his exit.

Spanish outlet Fichajes write that Arsenal have touched base with Conte over becoming their next manager.

There is reportedly a ‘preliminary agreement’ in place between the two parties, with the Italian prepared to take over in October.

It’s hoped that Conte would be able to make a huge difference at the Emirates due to his experience.

He took Chelsea to the Premier League title in 2016-17, despite them finishing 10th in the previous season.

The former midfielder is a free agent after deciding to leave Inter Milan in the immediate aftermath of their Serie A triumph.

Conte helped to end the Nerazzurri’s long wait for a league crown but disagreed with the club’s board over their transfer strategy.

Meanwhile, former England star Joe Cole believes it is ‘probably the end’ for Arteta if Arsenal do not beat Norwich.

“The future at Arsenal is obviously up in the air. I know they’ve played Chelsea, they played Manchester City, the two best teams, but it’s the manner of both defeats,” he told Coral.