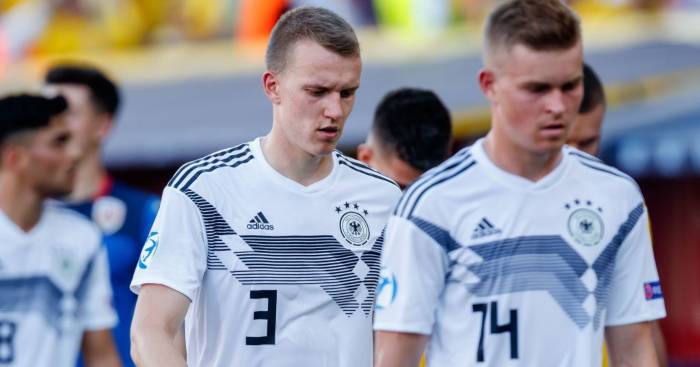 Arsenal could target RB Leipzig defender Lukas Klostermann this summer, according to reports in Germany.

The right-back scored five times and provided one assist in 31 appearances in all competitions last term for the Bundesliga outfit.

And a report in German publication Bild (via Sport Witness) claims that Atletico Madrid are monitoring Klostermann ‘very closely’ while they are also interested in Arsenal defender Hector Bellerin.

The Spaniard was crocked for half of last season, but that hasn’t stopped Atletico registering their interest. Juventus were keen on Bellerin last summer but Arsenal’s £50million valuation scared off the Serie A champions.

And Bild adds that Klostermann could become a target for the Gunners if Bellerin joins Atletico with Arsenal watching matches at the under-21 European Championship to keep an eye on his progress for Germany.

An exit for Bellerin does seem unlikely with his fitness issues and the fee it could cost the buying club to take him away from north London.