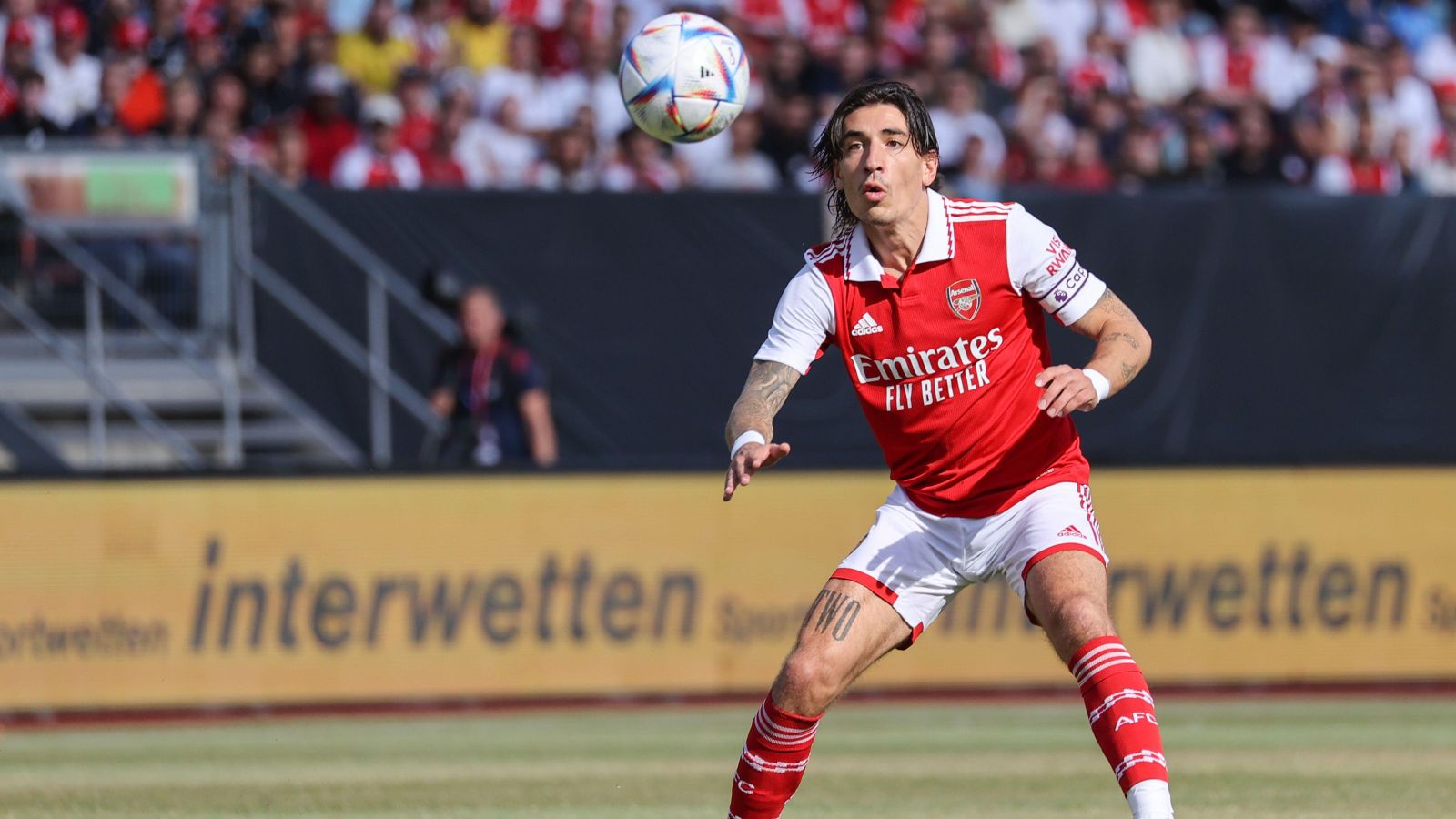 Real Betis striker Borja Iglesias has joked that he will set up a “crowdfunding” page to get Arsenal defender Hector Bellerin back to the Spanish club this summer.

The Spaniard spent last season on loan at La Liga side Betis with his performances taking a big dip at Arsenal over the previous couple of seasons.

Bellerin played 23 times for the Spanish club last season but now finds himself back with the Gunners for pre-season.

In early June, transfer expert Fabrizio Romano brought us news on Bellerin’s future at Arsenal. He tweeted: “Hector Bellerin has no plans to continue at Arsenal next season. He hopes for Real Betis return but the deal is more than complicated because of financial reasons, it will take time.

“Bellerin has received also other approaches and will decide his future soon.”

There have been rumours since that Atletico Madrid could be interested in taking Bellerin to the Metropolitano Stadium this summer with the Spain international ‘seduced by possibility’.

And now Real Betis striker Iglesias has joked that he has started “a piggy bank here to raise money” as he hopes the club can lure him back to Spain.

“I’m thinking of doing the crowdfunding we said we would do to get him back. I come out of training, and people ask me if Hector is coming, and they tell me that they are starting a piggy bank here to raise money.

“Hector Bellerin really wants to come back. He has always said that he wants to play here, what happens is that he has been there for a long time at Arsenal. It is a complicated situation because he has a contract. I have always said it. I hope he is here as soon as possible because he gives us a lot inside and outside the locker room.”

As well as outgoings, Arsenal still plan to bring in more players this summer with a midfielder one priority as they continue to be linked with Leicester City midfielder Youri Tielemans.

One name which has cropped up again in recent weeks is Juventus midfielder Arthur Melo, who the Gunners reportedly tried to sign in the January transfer window.

With Arsenal and Juventus reportedly failing to agree on a fee for the transfer of the Brazilian, Italian website TuttoJuve insist that Arsenal could now look to loan the midfielder with Juventus ‘willing’ to do a temporary deal.