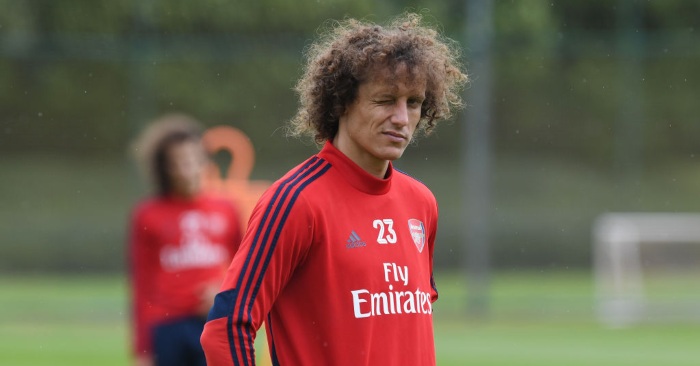 The ‘remarkable’ figures involved in Arsenal signing David Luiz from Chelsea for one season have been revealed.

Luiz joined the Gunners in a surprise move in summer 2019, with Frank Lampard deeming the Brazilian surplus to requirements at Chelsea.

The fee was reported as £8m and considered a fair bit of business at the time, but the ‘remarkable context’ of the deal has now been revealed.

The Athletic report that the final sum was closer to £24m when payments to ‘intermediaries’ (£6m) and Luiz’s £10m salary are taken into account.

Arsenal used the ‘justification’ of bringing in Luiz’s ‘calibre and experience for a relatively cheap fee’, while the sudden departure of captain Laurent Koscielny left them in ‘a desperate situation’ and necessitated a move for a player who ‘ticked a lot of boxes’.

Agent Kia Joorabchian is also mentioned as key in negotiations due to his ‘good relationship’ with Raul Sanllehi and Edu.

Arsenal now face a dilemma as to whether to let the ‘very popular and influential’ Luiz’s current deal expire this summer or negotiate an extension, as it has emerged that he only ever signed a one-year contract in north London as opposed to the widely reported two years.

Jamie Carragher feels that while Luiz is prone to mistakes, he still has a lot to offer Arsenal and in particular William Saliba, the teenage centre-half who will join for £27m from Saint-Etienne this summer.

Benfica is thought to be Luiz’s preferred destination, but he faces a wage cut of at least half to facilitate a move to the club he featured for between 2007 and 2011.