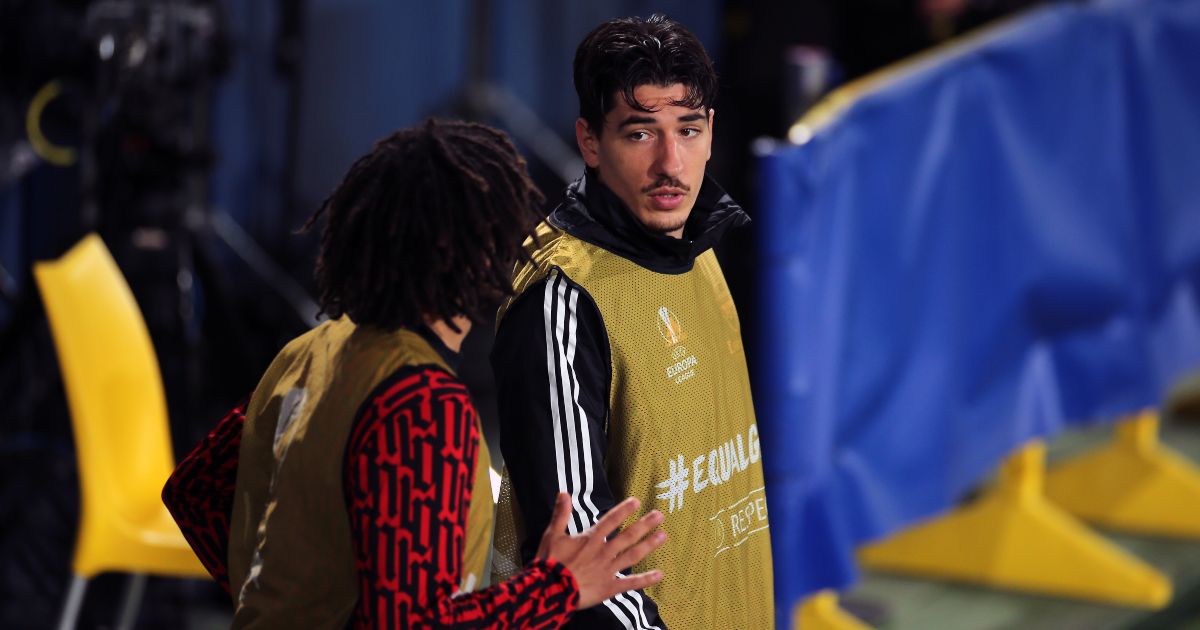 Hector Bellerin’s agent will fly into London on Thursday to discuss a potential transfer to Inter Milan with Arsenal, according to reports.

The Spaniard has reportedly decided it’s time to move on and look for a new challenge this summer after spending ten years in north London.

Bellerin featured 35 times last season as the Gunners finished eighth in the Premier League and reached the semi-final of the Europa League.

A report a couple of weeks ago said that Bellerin had ‘asked to leave Arsenal’ this summer amid strong interest from Inter Milan, who are looking for a replacement for new Paris Saint-Germain signing Achraf Hakimi.

And now FCInterNews claim there is currently ‘a stalemate’ between Arsenal and the Serie A giants in negotiations over a fee for Bellerin.

Bellerin’s agent ‘is currently in Spain, but a flight to the United Kingdom is scheduled for Thursday’ where the deal is expected to gain momentum.

His entourage will stay in London – where they will hold talks with Arsenal – until Sunday with FCInterNews claiming they have a ‘planned meeting’ over the future of the Spain international.

The report adds that ‘on the basis of the responses received, the bargaining with Inter will then be able to move forward, remain firm or be abandoned altogether.’

The main stumbling block is the transfer fee but the report is expecting some big news over a deal in the ‘coming days’.

Meanwhile, former Arsenal striker Kevin Campbell thinks Ben White will have to “hit the ground running” when he joins the Gunners.

The England centre-back is closing in on a move to Arsenal after undergoing a medical at the weekend.

The Gunners have agreed on a £50million fee with Brighton after seeing two bids knocked back for the 23-year-old.

Campbell said: “It needs to work out because Arsenal are not in the position to shift out £50m for a player. He’ll definitely have to start.

“If it does happen and the medical is all good, he’ll have to hit the ground running. It’s a difficult one, it’s a lot of money.

“They’re looking at the years ahead and they see a future. He can play in midfield or as a full-back. At £50m, you’ve got to be the master of your position.”