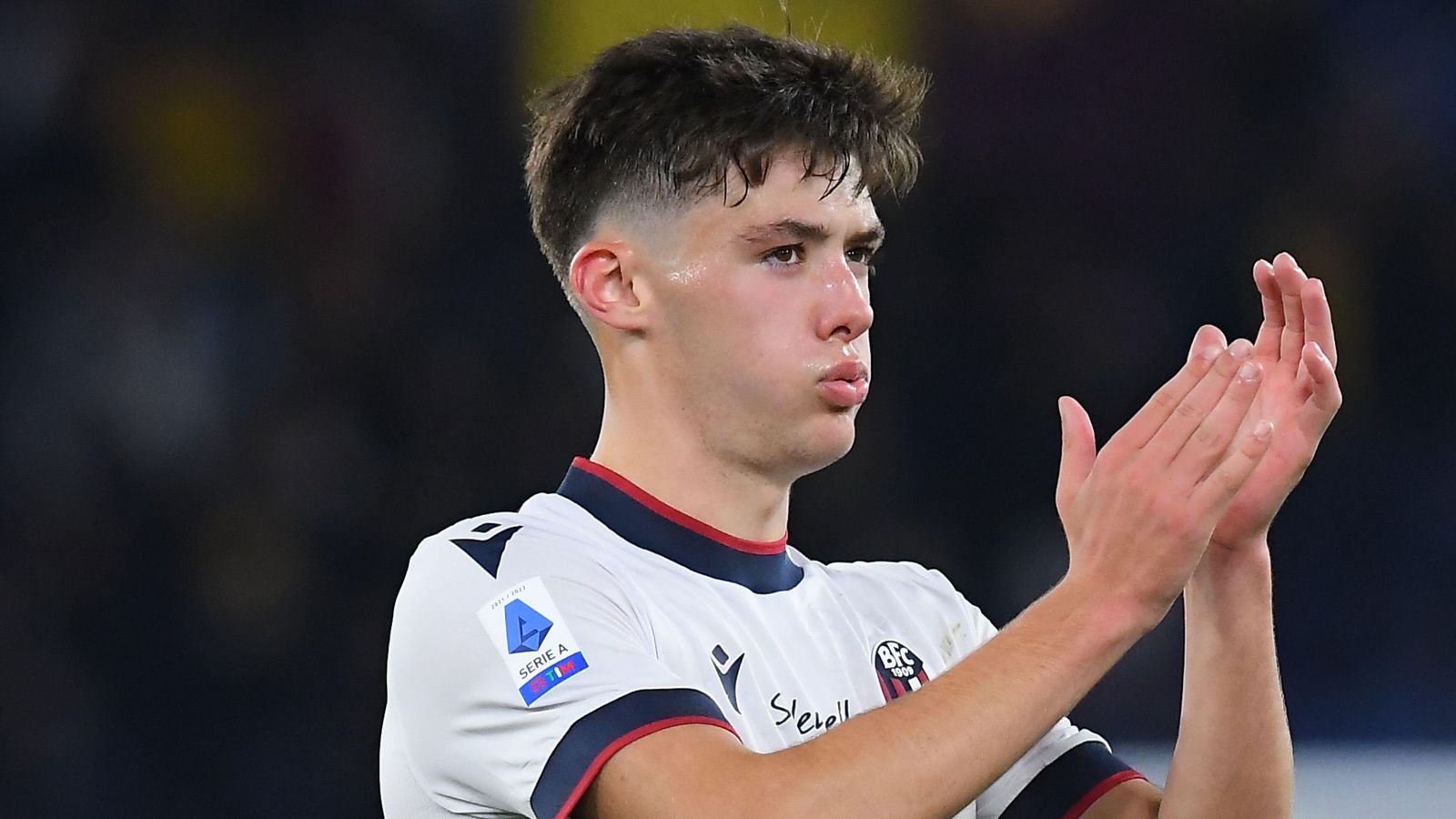 Premier League side Brentford are ‘leading the race’ to sign Arsenal target Aaron Hickey from Serie A side Bologna, according to reports.

The 19-year-old has played 47 times for the Italian side over the past two seasons. He has played in all but two of their Serie A games this term.

Hickey has been linked with a move away from Bologna in recent weeks. Arsenal and Newcastle are among the clubs interested in him.

It was claimed last week that the Gunners have struck a deal to sign Hickey on a permanent basis.

But now The Times are reporting that Brentford are the club ‘leading the race’ to sign Hickey.

A £13m fee is mentioned for the defender, who made his senior debut for Scotland earlier this year.

Arsenal were beaten 2-0 by Newcastle United at St James’ Park on Monday evening.

Mikel Arteta said post-match that he is “incredibly disappointed” as the Magpies were “much better in every department” than Arsenal:

“Newcastle deserved to win the match and were much better than us. We had nothing in the game,” Arteta told Sky Sports.

“It’s true that we could not cope with the game that we had to play here. We tried to change some things but it didn’t make it better. We had moments where we looked better but then the execution was so poor and the goals we gave away were extremely poor.

“It’s extremely disappointing that Newcastle were 10 times better than us and the performance was nowhere near the level we need to be at if we want to play in the Champions League.

“I am incredibly disappointed. It’s a very painful one. It was in our hands and today it’s not in our hands. We have to beat Everton and wait for Norwich to beat Spurs. There’s always a tiny chance in football.”