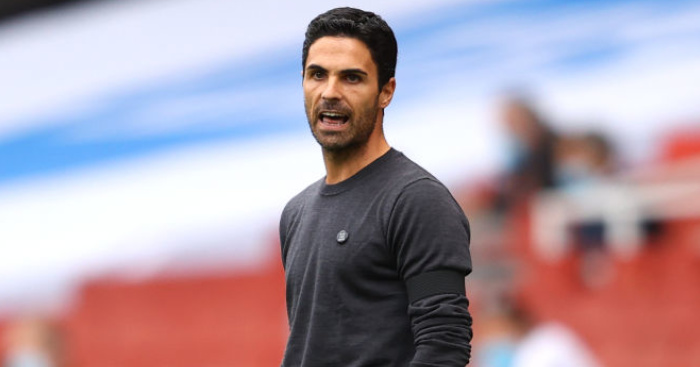 Mikel Arteta has suggested tiredness or a lack of focus could be costing Arsenal after his side conceded another late goal.

Toby Alderweireld scored an 81st minute winner for Tottenham as they beat Arsenal 2-1 in the North London derby.

That comes just days after Jamie Vardy bagged an 84th minute equalsier to deny the Gunners all three points against Leicester.

And Arteta has suggested a number of reasons for why this may be happening, saying in his post-match press conference (via the Mirror): “It could be fatigue. We have some moments when it wasn’t about that, it was about attention, individual errors or sometimes the opponent pushes you in the final 10 minutes.

“There have been various things that have cost us games. Sometimes errors, sometimes game management. The margin is a lot, at the moment we have to improve.”

Having gone 1-0 up through Alexandre Lacazette in the 16th minute, another defensive error saw Spurs drag themselves level.

Sead Kolasinac over-hit his pass to David Luiz, allowing Son Heung-min to steal in and chip the ball over Emiliano Martinez.

Arteta says that was tough for his players to deal with, and could have impacted the rest of his team’s performance.

“The first goal in a big game is so important and to give it away effects [us],” he added.

“In the second half we modified a few things and attacked better but we conceded.

“Individual errors are mentally tough. It effects the whole mood. We came back in the second half but in one isolated action we conceded the set piece and we need to learn. I’m sure we can get there and I’m sorry for the fans, we know how much it means to them.

“We can do more and exploit spaces better than we done. To attack 10 players all the time, it’s not easy.”