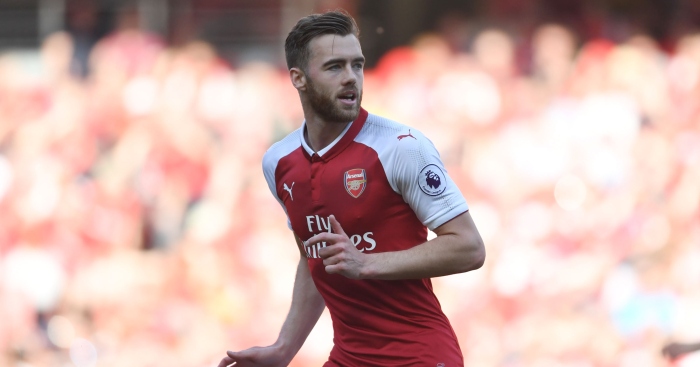 Calum Chambers said he was “really excited” to join Fulham after arriving on a season-long loan deal from Arsenal.

The 23-year-old leaves the Gunners to join the newly-promoted Premier League side where he could link up in central defence with former England Under-21 team-mate Alfie Mawson.

Chambers told fulhamfc.com: “I watched a lot of Fulham last season, I really like the way they play football, there’s a good manager, it’s a great club, so I’m really excited for the season ahead.

“Everyone can see that Fulham’s a club that likes to play football, play football from the back, through the lines. That’s the style of football I like as well, so I think it fits me and suits the way I play.”

Fulham, managed by Slavisa Jokanovic, have been active in the transfer market since they secured a Premier League return via the play-offs, bringing in Mawson from Swansea plus Jean Michael Seri, Maxime Le Marchand, Fabri and Andre Schurrle.

Mawson and Chambers paired up for England at the European Under-21 Championships in 2017, while the move to Craven Cottage could also re-ignite a senior England career for Chambers.

Chambers won three England caps in the space of two months in 2014 but has been out of the international picture during Gareth Southgate’s time as manager.

Southgate knows all about Chambers, however, from his time as England Under-21 boss.

Fulham director of football operations Tony Khan added: “Calum is a versatile defender with Premier League experience, and the combination of his strong data profile and the positive reports from our scouting department confirm that he’s a tremendous talent.”