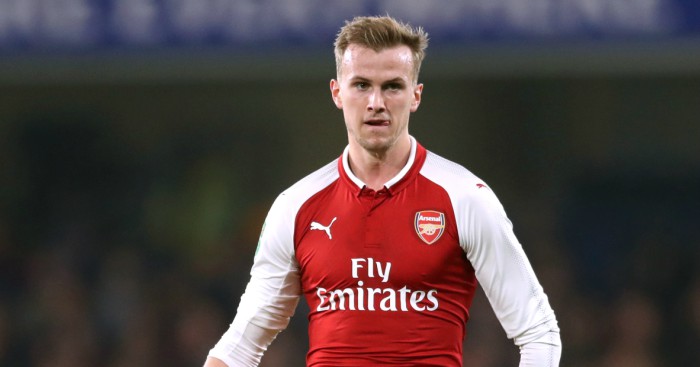 Defender Rob Holding is optimistic Arsenal can progress to the Carabao Cup final after the Gunners responded from their FA Cup exit with a resilient performance at Chelsea.

And that result placed additional significance on Wednesday night’s League Cup semi-final first leg at Stamford Bridge, when Arsenal dug in to draw 0-0 ahead of the January 24 return at the Emirates Stadium.

“I think it’s a good result for us to take back to the Emirates in the second leg, where we can hopefully nick a goal and get the win and into the final,” Holding told Arsenal Player.

“We had a point to prove here. We came under some scrutiny with our defensive display in the (Forest) game, so it was big for me to just get a clean sheet and have a solid game really.

“We knew we couldn’t (afford to) lose. A draw is a great result to take back in front of our home fans and hopefully we can get the win there.”

Wenger will hope midfielder Jack Wilshere is available for the second leg, having returned to form.

The England midfielder is a doubt for Sunday’s Premier League clash with Bournemouth, where he spent last season on loan, after spraining an ankle blocking the ball.

Alexis Sanchez started on the substitutes’ bench, prompting further speculation over his future, with his contract expiring this summer and Manchester City apparently interested in recruiting him.

Wenger’s initial intention had been to loan out Mavropanos, but he has changed his mind.

“I personally want to keep him until May, to know him better, to assess his level,” the Frenchman said.

“The first signs he has shown in training are so encouraging that I decided to keep him until May.”